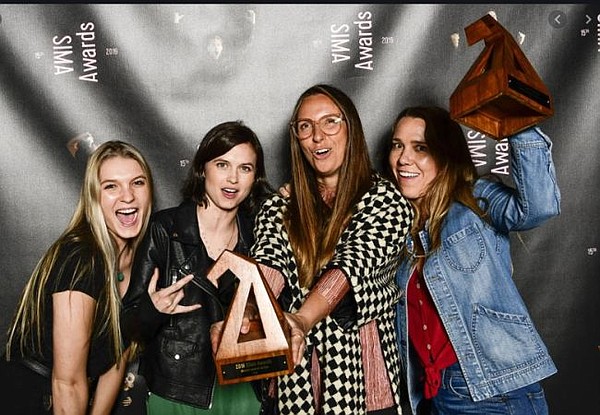 Staff from brand Seea accepts SIMA Award trophy for Breakout Brand of the Year in 2019. Photo via theseea.com

The Surf Industry Manufacturers Association recently announced finalists for its 16th Annual SIMA Awards Feb. 11. It’s the only awards show where people in the surf biz get to honor surf-shop operators and those who design boardshorts, surfwear, and, yes, surfboards.

The awards show also will present trophies for categories such as footwear, eyewear, marketing campaigns, clothing, wetsuits and the best environmental product of the year.

The award show will give out retailer of the year honors to core shops in four separate territories: the East Coast, Inland America, Hawaii and West Coast. West Coast retailers nominated were California-based shops Hansen Surfboards in Encinitas, Huntington Surf & Sport in Huntington Beach, Jack’s Surfboards in Huntington Beach, Spyder Surf in Hermosa Beach and Val Surf in Valley Village. The awards will be presented in a ceremony at The Observatory music venue in Santa Ana, Calif., on March 11.