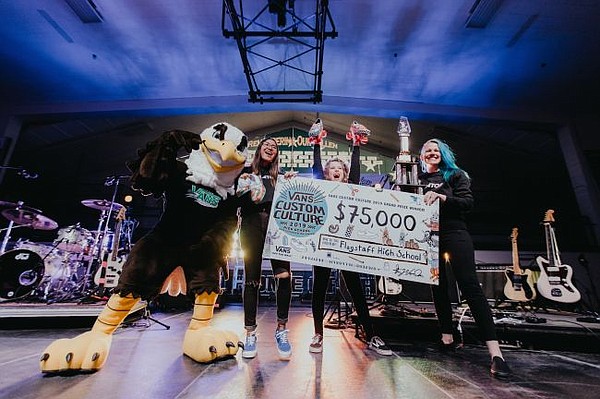 For decades, footwear-and-apparel brand Vans has been one of the popular outfitters of high-school students across the world. For the past 11 years, the brand has sought to include high schoolers in some of its design mojo.

The footwear giant produces the Vans Custom Culture High School competition. High-school arts classes from around the United States compete for a grand prize of $75,000 for their school’s art programs. The top-five runner-up schools will receive an artist-mentorship program, which equals one lesson from a Van’s art ambassador, such as Kelly Breez, Robin Eisenberg, Todd Francis or Penelope Gazin. Those entering the competition submit designs of Vans shoes and an essay, which will detail how $75,000 will affect the school’s art department.

Those interested in participating in the contest can register on the Van’s contest website until Jan. 31. Public voting on contestants will take place in April. Winners will be announced from May 11 to 15. In 2019, Flagstaff High School art department from Flagstaff, Ariz., won the grand prize for the Vans Custom Culture High School competition.