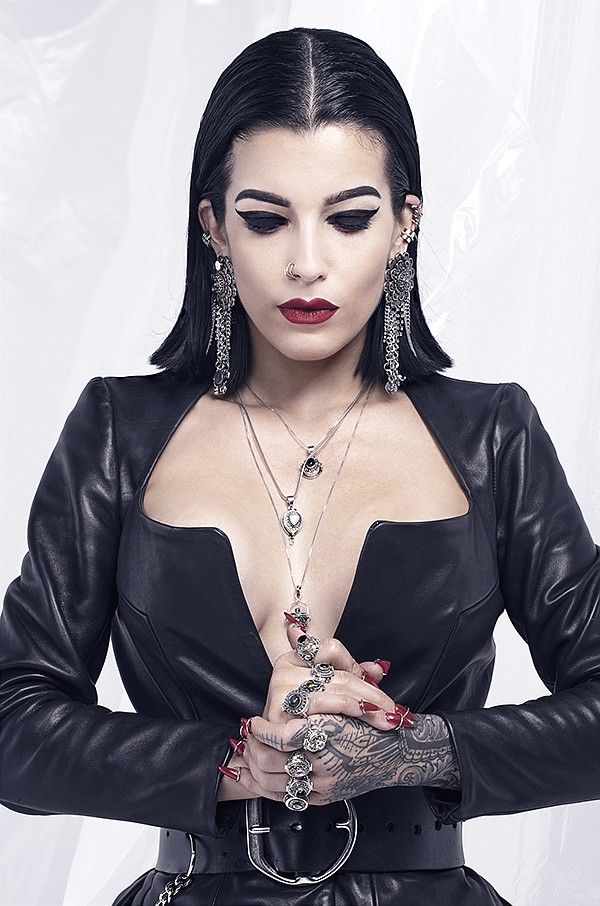 When putting on a Candice Cuoco garment, a client will find hardware such as studs, sequins and buckles—but a wearer will not find jewels. Yet recently, Cuoco, a star of the “Project Runway” fashion reality-television show, placed her focus on jewelry. She released the first jewelry line in her career, which started in earnest around 2015 when she appeared on Season 15 of “Project Runway.”

“It’s a special store for me,” Cuoco said. “I wanted to celebrate that and bring business to them. The store has been around for about 50 years. I thought that it would be great if other people knew about it. The place helped me through my highs and lows.”

The antiques shop is a place where Cuoco goes to relax after a stressful day, celebrate after finalizing a design or closing a promising deal. In November, Cuoco visited Hodgson’s. This was the moment the Hard Rock Café restaurant brand acquired a tulle-wrap bodysuit that Cuoco had made for Lady Gaga.

When wandering through the shop, Cuoco had an idea. The store displayed some lockets and poison rings, in which people can store tiny items such as notes—or poison—in a compartment under the ring’s stone. Poison rings rank among Cuoco’s favorite jewelry.

“Some people carry around crosses, but for me I carry around these rings,” she said. “I store notes to myself in the rings.”

Cuoco asked Mick Thorness, who works at Hodgson’s, if he’d be interested in collaborating on a line of jewelry centered around poison rings. Thorness agreed, despite the collaboration representing the first time the antiques store had developed its own line of goods.

She and Thorness developed different styles for the jewelry, then worked with a vendor to make the pieces in the Los Angeles area.

The 11-piece collection features sterling-silver rings, necklaces and pendants that feature baroque designs. Looks include the Minerva silver poison ring. Topped with a purple amethyst gemstone, a panel on the Minerva ring flips up, revealing a small, empty compartment.

Other pieces include lockets that feature similar baroque designs, a gemstone and a compartment. The line also features two sterling-silver chains and one pendant that features a crystal. Retail price points range from $65 to $95 for the rings, $65 to $125 for the pendants and $21 to $41 for necklaces without pendants.

Cuoco said that the line will be sold until late February. Sales have been going well, and Cuoco reported that a few pieces have already sold out. After February, she’ll consider doing another jewelry line. In the past year, Cuoco has developed fashion collections outside of her core focus on leather pieces such as jackets and corsets.

In July, she released Book of Judith, which was a goth-inspired swim line. She said that she would not be working on swimwear in 2020.

“This year I’m focusing on leather goods and vegan leather—leather jackets, leather skirts and our belts,” she said. “I won’t do things just to keep going. If it is not a strong category, it won’t go.”