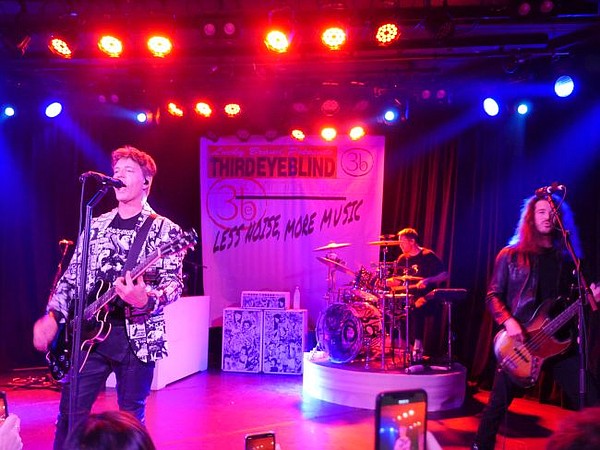 It’s been 30 years since Lucky Brand started selling its premium jeans. Since then, the Los Angeles-headquartered brand has expanded into dozens of more categories, opened flagship stores, and sought to outfit the world in styles bearing the brand’s four-leaf clover logo accompanied by the slogan “Lucky You!”

The brand let its good times roll for its 30th anniversary year with a special gig headlined by hit-making rockers Third Eye Blind. The concert took place at Roxy Theatre on the Sunset Strip, where so much of Los Angeles’ rock ‘n’ roll history was made.

Rock band Role Model opened the gig. Third Eye Blind played some of its classic songs such as “Never Let You Go” and “Wounded” to an enthusiastic crowd who sang along with the song's lyrics. Rolling Stone sponsored the event where limited-edition Third Eye Blind-Lucky Brand merchandise was distributed. Making appearances at the gig were musicians and performers such as Yungblood, Nicole Scherzinger and Evan Ross. Also on hand, live tattooing by Silveransalt, a tattoo artist.