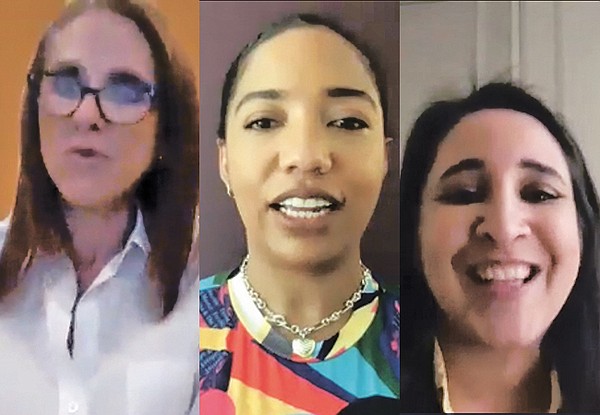 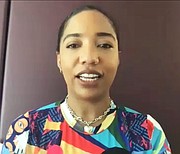 As the swimwear industry’s most-anticipated annual event, Miami Swim Week’s absence from the fashion calendar due to the COVID-19 pandemic left retailers, manufacturers, brands and event organizers wondering, “When will we meet again?” By June, event organizers had plans in motion to launch virtual shows that would bring together the swim community during this challenging time. Among them, the Miami Swim Week Summit and SwimShow sought to provide a space for the industry to convene, talk, buy, sell and discuss the future.

For Lori Riviere, co-director of The Riviere Agency with Nicole Doswell, organizing the July 15–16 Miami Swim Week Summit was an opportunity to generate optimism in the industry by helping her peers, clients and associates learn how to navigate the current climate. The two-day event was panel-focused and offered through Zoom.

“I’ve had a lot of people [direct message] me personally on my Instagram and say, ‘Thank you so much, this has given me hope,’” she said. “Hope seemed to be used by a lot of people. For me, that was honestly the goal, so even if it had been broadcast to two people I feel like I met the goal by giving people something to be excited about and look forward to.”

With a full roster of informative sessions, the event covered topics including “Ways to Create Diversity & Inclusion in a Small Business,” “Small Steps to Build a More Sustainable Brand,” “Supply Chain and Fit Presented by Fashinnovation,” and “Social Media Best Practices.” The team managed to also include “Miami Swim Week Runway Shows Presented by Paraiso” for a Swim Week feel. Riviere wanted to not only launch a show for the industry to meet but also wanted the show to represent the highest caliber of quality.

“We really, genuinely wanted it to be the crème de la crème of the industry, so we invited our competitors to be on panels. We weren’t afraid, and we didn’t play any strategic games. We genuinely tried to build the best panels that we could, and I feel that we succeeded,” Riviere said. “I am so grateful to everyone. We had so many incredible people.”

One of those panelists was Judy Stein, executive director of the Swimwear Association of Florida, which hosts the annual SwimShow at the Miami Beach Convention Center. Her session covered “How to Connect with Swimwear Buyers: Tradeshows, Sales Reps and Showrooms.” For Stein, canceling the July 11–14 physical edition of SwimShow was a difficult decision. The organization quickly shifted its focus, deciding in June to move forward with a virtual event that launched July 11 and will continue through year’s-end. With such a short timeline to create a digital offering to substitute an on-site event for the time being, Stein said that despite the challenges of building a buying and selling platform, everything came together. 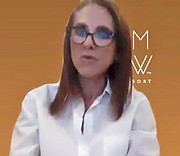 “We had less than one month to develop, design and create the virtual trade event. Many brands did not have all of their collateral ready, so we had to work around those obstacles, which was challenging to say the least, as we planned on launching on the actual first day of the scheduled live trade show had it taken place,” she said. “But we did it—we finally received what we needed from our brands, and we had a truly successful launch.”

While the event launched nearly two weeks ago, Stein mentioned that this new opportunity affords capabilities that aren’t possible with a physical show. As the show is hosted over the next four months, there are options to bring newness to the show during its run.

“It is constantly evolving and changing as we receive new collections from our brands plus all the new brands that are jumping on board. “We are adding new features to continue the engagement and will announce them as they become available,” Stein said. “We are very pleased with the brands that are participating and the retailers that are viewing the digital platform.”

As with other professionals across other categories of the apparel industry who have engaged in or produced digital trade shows during this time, those in the swim community aren’t going to fully move into a virtual-event model, but they are looking forward to the potential for these platforms. Looking toward the future, Riviere sees opportunity to continue with the virtual event. Streaming for the event is available for a $249 fee, and another virtual edition will be hosted in January.

“We sent all the attendees a survey to fill out to learn what they liked and what they didn’t like, what they want to hear next. We’ve already had a few people fill that out, which is helpful in the planning,” she said. “The sense of community that we created not only among the other panelists but also with the designers, it felt that we recreated a little bit of the magic that happens during a live event at Swim Week.”