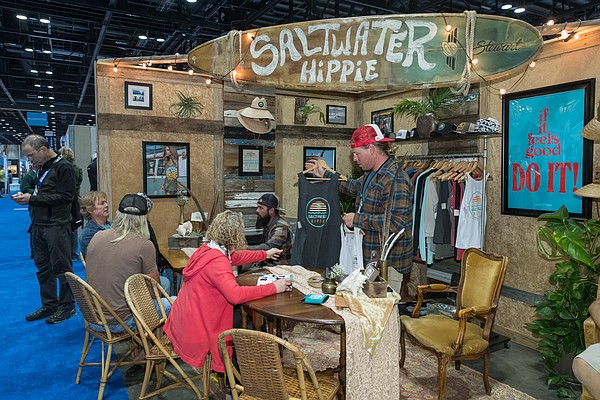 Surf and action-sports trade show Surf Expo announced that it will cancel its upcoming September event, which was scheduled to run Sept. 10–12 in Orlando, Fla., due to the COVID-19 pandemic. Florida is seeing a rise in cases within the state, with a surge during the week of July 27, according to Florida’s Department of Health.

In a statement posted on the show’s website, surfexpo.com, Roy Turner, Surf Expo’s senior vice president, said that the trade show was wary of possibly exposing its attendees to COVID-19. Crowds of more than 25,000 attendees pass through the biannual show, which produces events during September and January. The trade-show producers also had to contend with companies restricting and sometimes banning employee travel.

In place of the in-person show, Surf Expo will introduce the virtual show Surf Expo Connect, which is scheduled to launch officially Sept. 16–18. Attendees can register for this new offering at surfexpo.com. Turner forecasted that Surf Expo’s inaugural virtual show would have a good turnout. About 5,000 people had already registered to attend the on-site September show, and he thought that a significant number of them would attend the virtual show. Surf Expo Connect also might pick up attendees from people who weren’t intending to make a trip to Orlando but wanted to order for their stores.

“I’m hearing from retailers that they need product,” Turner said. “We still have the opportunity to connect these retailers and manufacturers and have retailers find new product.”

“We’ll try to bring a sense of community as best as we can, even though we can’t meet face-to-face,” Turner said.

Surf Expo is the latest in a number of prominent trade shows announcing a pivot from in-person to virtual events. Its parent company, Emerald Expositions, headquartered in San Juan Capistrano, Calif., canceled its in-person event for Outdoor Retailer and produced the virtual show Outdoor Retailer Online. It featured a number of events, such as the presentation of the Outdoor Retailer Inspiration Awards, which will remain accessible until Aug. 31.

Veteran Surf Expo exhibitor Joel Cooper, chief executive officer of Lost International, said that he was interested in the virtual show but that online events lack a key ingredient of in-person shows.

“You get to meet upper-level management,” Cooper said. However, virtual trade shows may be part of a regular show calendar post-pandemic, he added. “This is a new world. You have to be open to everything.”