What’s Checking: Retailing During the Pandemic

Upon the spread of COVID-19 in the United States, the crisis forced retailers around the state to change the way they did business. Retailers who emphasized bricks-and-mortar operations had to become digital retailers if they weren’t already.

The economic shock of the pandemic upended once-secure business plans that no one could have foreseen such as selling bridal gowns, prom dresses and clothes for a summer festival. Retailers have had to revise not only what they are buying and manufacturing but also how they do business. 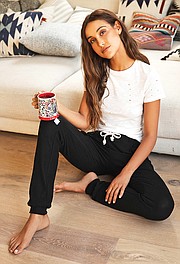 While Lulus has been a digital-only store since 2008, it had to scramble to figure out how to sell clothes to shoppers whose needs had changed quickly, said Colleen Winter, co-founder of Lulus.com. The e-emporium, headquartered in Chico, Calif., has focused on its Lulus brand of bridal, special occasion, dresses, shoes and accessories, as well as emerging designers and some third-party brands.

“This has been a drastic shock to everybody,” Winter said of the past few months of navigating the pandemic’s economy. “People had to prioritize what they were going to shop for.”

It was such a profound change that, in mid-March, Winter put Lulus.com’s product pipeline on pause for the first time in its 24-year history.

The company’s operations also were changed to an environment in which the e-tailer’s workers could build a system where a majority of its employees could work from home.

But special occasion was not the only game at Lulus. Winter had already been planning to boost sales for other categories such as separates and loungewear. The pandemic forced the company to accelerate those plans. While some consumers were still buying dresses, many were buying leisure clothing and were willing to support some of Lulus developing categories. Fortunately, the retailer’s manufacturing partners were capable of rapid speed to market, which allowed the retailer to stay nimble.

Winter said that core categories should rally in popularity. “I don’t know how long this will last. At some point, weddings will come back,” she said. “However, I think separates will remain after COVID-19.” 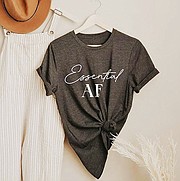 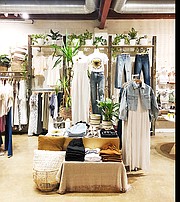 The Graffiti Beach bricks-and-mortar boutique in San Diego’s South Park neighborhood closed in mid-March and like other boutiques across the state worked on its e-commerce, said Melanie Michaud, the shop’s founder.

What’s selling best at shopgraffitibeach.com and its sibling store threadandseed.com, which Michaud opened in 2018 a few miles away, are beauty products made from ingredients that don’t carry suspected toxins. Gift boxes packed with chocolates, clean beauty items and other gifts have been big sellers.

“On Mother’s Day, I got hundreds of orders for gift boxes. I thought, ‘How am I going to get them out on time?’ It was a big issue,” she said.

Since she had been able to rehire her staff after a pandemic furlough, delivering Mother’s Day orders was possible. Shoppers continue to buy fashion at shopgraffitibeach.com. Bralettes that can be used as lingerie or serve as casualwear are popular. The bralettes come from a variety of brands such as By Together and Wishlist and are retail priced from $14 to $32.

Joggers are also selling well. One such bottom, The Jake Lounge pants made by the All : Row brand, retails for $58. T-shirts bearing humorous slogans from the brand Alley & Rae Apparel also have been popular. A tee typically retails for $36.

In the first week of June, Michaud noticed that there was an increase in demand for dresses. “People are excited to dress up again,” she said. 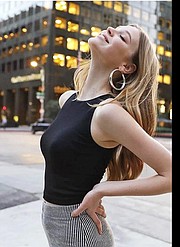 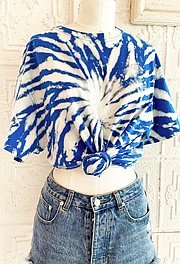 Wendy Freedman is one of the pioneers of boutique retail on West Third Street between the Beverly Center and The Grove retail centers. She started selling vintage fashions on the thoroughfare in the 1980s. Polkadots & Moonbeams developed into a boutique with its own point of view.

Hala Bahmet, stylist for the ABC series “This Is Us,” frequently used Polkadots & Moonbeams for the show’s costumes. The boutique also appeared in TV shows such as “The Real Housewives of Beverly Hills” and the 2019 feature-length movie “The Wedding Year.”

But nothing prepared Freedman for the economic scenario of COVID-19. She had to put her bricks-and-mortar boutique on hiatus, which forced her and her employees to further develop the store’s e-commerce.

“People never thought they’d be quarantined at home for two weeks much less three months,” Freedman said. “Luckily, people still want to look beautiful, sexy and be comfortable on their everyday walks. People feel better if they’re in a new outfit. It will put a better spin on their day.”

After a few months in quarantine, not many consumers are looking for skinny jeans, Freedman said. However, the fashions selling have their own style. Anything tie-dye is selling well. “Tie-dye is going to last through fall,” Freedman said.

Another simple piece that has been popular has been the ribbed tank top from the retailer’s namesake Polkadots & Moonbeams brand. It retails for $26.

“It’s a beautiful underpinning of the shape,” Freedman said. “That’s what I am about as a buyer—the shape. This should make your body look amazing.”

A trend of repurposed clothing, or vintage clothing that has been tailored into a new garment, has continued to be popular, she said. Shoppers are also interested in trends of matching tops and bottoms.

“Face masks are a big deal,” she said. “Everyone is putting a mask into their cart.”

Along with the pandemic, Freedman’s neighbors had to deal with looting. About five shops were looted in her neighborhood when the George Floyd protests hit Los Angeles.

However, post-unrest, shoppers from all backgrounds volunteered to help clean up the neighborhood and have sought to support retailers by shopping.

“It’s been crazy what we have been pounded with on a retail level,” Freedman said. “But part of being a retailer is embracing what is happening with our country and embracing the change.” 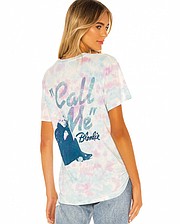 When stay-at-home orders were issued in March, Haley Solar closed her bricks-and-mortar boutique and took an accelerated course in developing her digital and social-commerce channels.

When people shopped her digital channels, haleysolar.com and Instagram profile @haleysolar, she found that they were most interested in buying face masks and gift packs that she calls Care Packages.

“The tops are boxy but not too long. It’s a big, classic T-shirt that you can wear with a skirt and high-waisted jeans,” Solar said.

Some things never change. One is the popularity of the rock-band T-shirt. The Los Angeles–brand Prince Peter Collection maintains a high diligence on honoring licenses for bands on its T-shirts, guaranteeing consumers that bands are getting paid for the license, Solar said. Prince Peter T-shirts with classic-band graphics retail for $46.