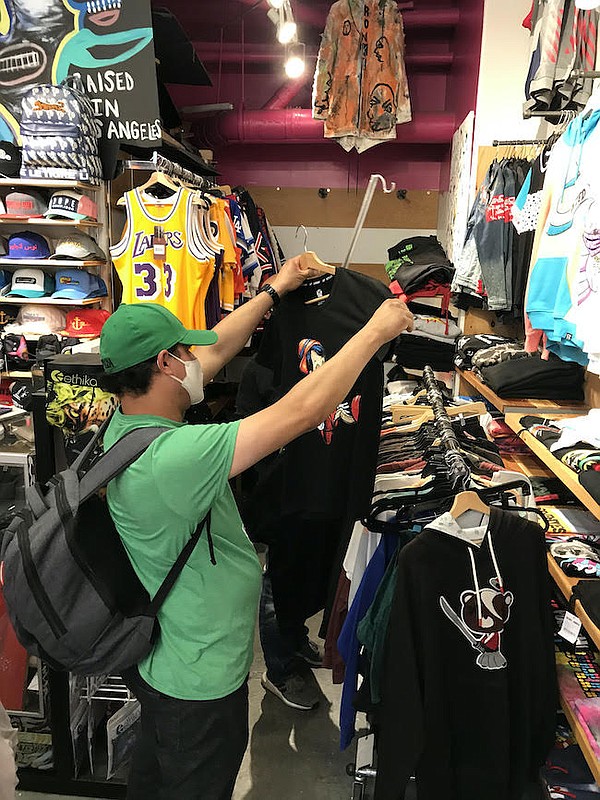 Retail has been slowly opening after the COVID-19 shutdown. Despite a June 28 order by Calif. Gov. Gavin Newsom to close bars in a number of California counties, including Los Angeles County, to blunt a spike in COVID-19 cases, this wave of retail reopenings continues. It includes downtown Los Angeles fashion boutiques, which were looted a month ago, when riots broke off under the cover of peaceful George Floyd protests.

One of those shops, Raised in Los Angeles, has led in reopening. Plywood still covers some windows of the boutique, located at 548 S. Spring St. Raised in Los Angeles owner Ahmed Jouni said that he reopened the streetwear-and-fashion shop a couple of days after the May 29 riots. “I don’t give up,” he said. “I’m not scared.”

The looting at his store was not bad, relative to other shops. Windows were broken, but his building’s security officers reacted quickly to protect the site. The boutique’s neighbors and friends also gathered around the shop to protect it from looters.

Post riots, business has been good, Jouni said. He gets shoppers walking in from the street, looking for streetwear from his Raised in Los Angeles label, as well as the brands Golden Denim, Crooks & Castles, The Hundreds and Publish. His shop’s business is also supported by a loyal group of clients who make regular visits to Raised in Los Angeles.

Esentialle Vintage + Modern boutique, located at 650 S. Spring St., reopened around June 23, said co-owner Adriana Ruiz. Looters broke the windows of her shop, but no inventory was stolen. She moved the goods earlier this year when the COVID-19 shutdown started. Her friends and family suggested that she move the store away from a section of town where rioting happened. But she was committed to downtown Los Angeles and running a physical boutique.

“If I leave, I would have always wondered what would have happened to this store,” Ruiz said. “There’s always potential. There is always hope.”