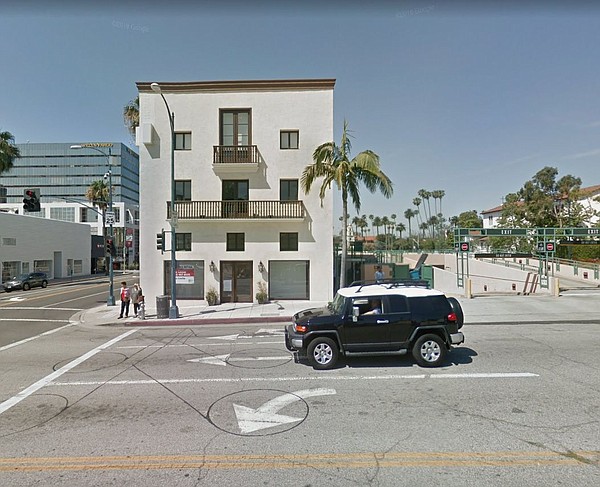 Louboutin has been running separate women’s and men’s shops a few miles away on the 600 block of North Robertson Boulevard for around a decade. Both Robertson boutiques are scheduled to close around October 2020, said Paisner, who has represented Louboutin's North American real estate for more than 20-years.

The Louboutin Robertson shops are located on a quiet stretch of the thoroughfare, perhaps best known for being the address for Hollywood Foreign Press Association. But a major project, Robertson Lane, is scheduled to start construction in the neighborhood soon.

Robertson Lane will house a 241 room hotel, retail, an events center among other features, according to media reports. Louboutin wanted to move away from the upcoming construction. Paisner was bullish about the new development however. “It’s going to be a game changer. It will restore the area as a retail destination,” he said of Robertson Lane.

The upcoming Louboutin shop will be located at the corner of Rodeo Drive and South Santa Monica Boulevard in Beverly Hills, Calif. The two-story space’s past occupants have included a Badgley Mischka store, which opened in 2011. It also housed the Boulmiche boutique that made film history, serving as the set for a famous scene from the 1990 film “Pretty Woman,” where a store clerk tells Julia Roberts that she does not meet the boutique’s standards.

The boutique’s most recent occupant was August Getty. The Los Angeles designer was scheduled to open an atelier at 477 N. Rodeo, but the brand reportedly changed directions and the shop never opened.

Rodeo Drive is considered one of Southern California’s top fashion streets and one of the area’s top draws for tourists. Louboutin’s new neighbors will include a Saint Laurent boutique and a former Brooks Brothers emporium that was acquired by LVMH in late 2018. The luxe conglomerate reportedly is remodeling the former emporium into a hotel.

A space on Rodeo Drive can serve as one of the best billboards in the world, said Ilse Metchek, president of the California Fashion Association.

“If you are going to be in town as a luxury brand, you have to be on Rodeo,” she said. “It’s where all the tourists go.”