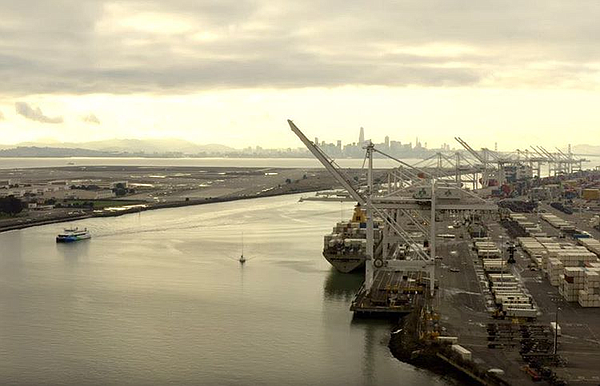 As regions of Northern California, including six Bay Area counties, prepared for shelter-in-place orders, the Port of Oakland announced on March 16 that it would remain open for business. The port and Oakland International Airport were exempted from the order as the services they provide are deemed “essential activities.”

“Our operations are critical to the health, safety, infrastructure and economy of our region,” Port of Oakland Executive Director Danny Wan said in a statement. “We will continue to function as a vital gateway for global trade and transportation while doing everything possible to protect our employees, customers and business partners.”

Described as one of the United States’ 10 busiest seaports, the Port of Oakland is responsible for the handling of more than 2.5 million cargo containers per year. This volume contributes to more than $100 billion in global trade.

With nearly 14 million passengers flying through Oakland International Airport, this location is the third-busiest airport in Northern California.

Port officials are determined to take precautionary measures to maintain the safety of airline passengers and terminal operators who engage in seaport operations.

On March 12, Port of Los Angeles Executive Director Gene Seroka released a video statement in which he communicated a message that the port was operating its business as usual but canceled its upcoming public events. He emphasized that the health and safety of stakeholders was the priority of the operation.