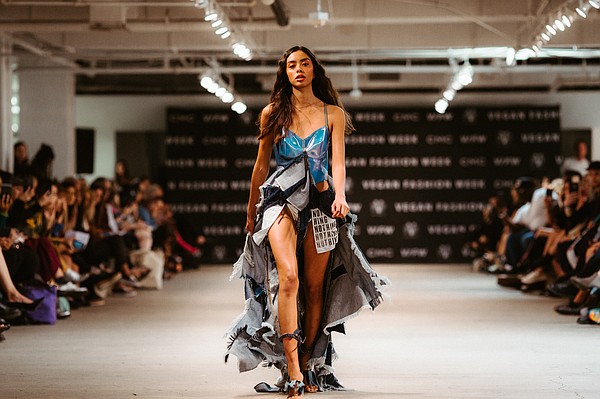 After the announcements that Art Hearts Fashion’s Los Angeles event and LA Fashion Week’s March edition would be postponed due to the COVID-19 pandemic, Vegan Fashion Week founder Emmanuelle Rienda remained steadfast that the April show would go on. Following Monday’s announcement that the May 4 celebration on one of fashion’s biggest nights, the Met Gala, would also be postponed, plans to hold VFW remained, yet Rienda said she would shift the format of the event.

“I am trying to still share a message while putting the security of everybody as a first priority. As of now, the event will be streamed online with no audience and behind closed doors,” she said. “It is so important to create a positive message of hope. As an activist, I cannot stay silent.”

Originally scheduled for April 3–4 at The Void in the Los Angeles Arts District, this edition of VFW was planned to explore the theme of “Expansion,” which would examine environmental challenges through fashion, ethics, sustainability and animal rights. The event would have included a designer showroom, panel series and fashion show. While some facets of the show will be bypassed, Rienda is determined to relay the message of her organization, which she feels is timely due to the spread of the coronavirus in addition to similar illnesses that have threatened the global human population in the past.

“This situation is directly linked to animal exploitation, like all the virus outbreaks the world is experiencing—Ebola, mad cow, swine flu [as examples],” she explained. “The social injustice happening in our country is also a very big topic to discuss in an artistic way.”