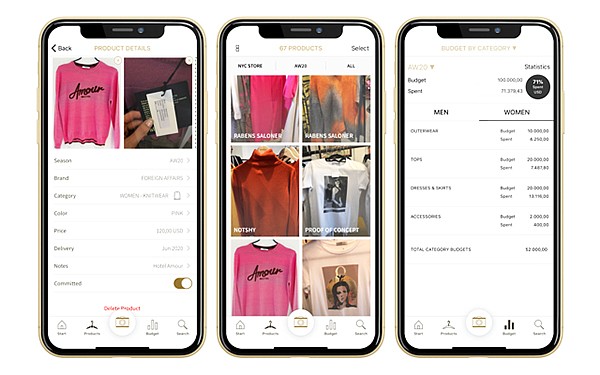 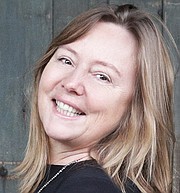 Retailers can expect to meet scores—even hundreds—of people when they attend big trade shows and other buying trips. The experience can become a blur when a buyer tries to recall the styles he or she saw during shows, said Ulla Hald of the retail-technology company Faves Solutions, Inc., maker of the Faves Pro app for buyers.

The Danish-born, U.S.-educated Hald wanted to develop an application for fashion buyers after hearing stories about the post-show confusion that often sets in for many attendees. She developed the app when living in San Francisco.

In 2018, she approached pioneering angel investor Jason Calacanis at the Launch Accelerator startup incubator, pitching the app as a tech-enabled organizational tool. She received seed money to develop the app from Launch Accelerator as well as from European angel investors. The app could even serve as a replacement for older photo-sharing technologies, notepads and spreadsheets, she said.

“If Instagram and Excel had a baby, it would be Faves,” Hald said. “You have the visual elements of what you have seen and you have the numbers [for a budget], and they are completely intertwined.”

The app can be used a la carte or in conjunction with other platforms. In February 2020, Faves partnered with the e-commerce platform Shopify, allowing the popular site’s buyers to download Faves Pro.

Hald hopes to develop similar partnerships with other retail platforms such as Brandboom and Joor. She considers the Faves Pro app as a show organizer that could also help with customer relations. Eventually, through technology provided by partners of Faves, Hald would like to afford the ability to place orders for goods.

During trade shows, buyers using the Faves Pro app will take pictures of trade-show items they are interested in with their phone camera. When the pictures are uploaded into the Faves Pro app, users can tag pictures with notes on how much the item costs, sizing information and what showroom represented the item.

The app also keeps budgets for buyers. It can tell buyers how much money from their season’s budget they have spent. It will then help crunch the numbers and forecast how much the item should be priced at a specific markup. It also has a sales angle. For customer relations, the app can suggest specific store customers to tell about the goods, Hald said.

Faves Pro also can develop look books of items photographed at trade shows. The look books can be printed out and exported into a PDF format. The Faves Pro app is complimentary for individual buyers to use, with a limit of 100 products. Boutiques and multi-store chains can add more users and unlimited storage with a subscription starting at $29 per month.

Hald keeps a North American office in San Francisco, but her company is headquartered in Copenhagen, where she currently lives with her American husband, Mark Turner, who serves as chief technology officer. The app is used by a number of European retailers in 15 European countries in addition to American brand The Stylist LA.

There are, however, challenges for any company offering to digitize work for buyers. Fashion buyers have been criticized for not being as enthusiastic transferring all of their activity online, despite the skyrocketing popularity of e-commerce and inroads made by platforms such as Joor and Brandboom.

Eme Mizioch, owner of the JoKen Style showroom in Los Angeles, said that many deals are made with 1990s technology.

“If they don’t see you face to face, orders are done with emails and PDF line sheets,” she said. Mizioch is currently developing a virtual showroom and e-market called GrooveNStyle.

While some buyers have worked slower to adopt new technologies, Hald said they have not been given the appropriate tools. This issue is coupled with the issue of every vendor offering its own platform, expecting buyers to use the proprietary technology, which would mean that buyers would have to learn how to navigate hundreds of wholesale-purchasing platforms to place individual orders with their partners.

“Many of the buyers I speak with are frustrated that they have to spend time learning and relearning how to place orders in the different systems, so often they end up sending an email with their orders and let the vendor deal with inputting the order in their particular system,” she said. “There is a lot of innovation going on in retail but very little specifically helping buyers.”