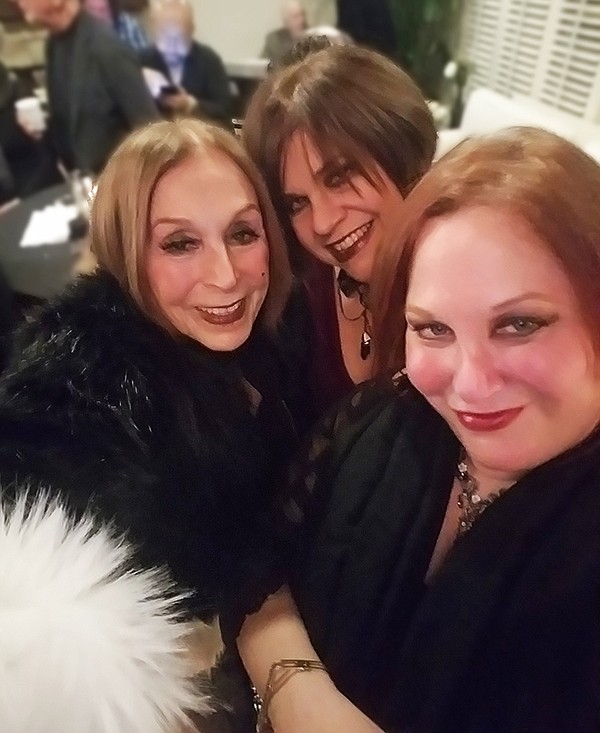 Stevi Goetz Leaves a Legacy of Elegance, Kindness in the Apparel Industry

Known for her genuine, welcoming personality, apparel-industry veteran Stevi Goetz passed away April 28 at the age of 83. Following the escalation of a long illness, Goetz left the world peacefully surrounded by family at her home in Los Angeles’ Century City neighborhood.

Starting her career in 1971 in sales management, Goetz represented lines in women’s European couture. After meeting her late husband, Herb, in 1973, the pair founded the menswear label Touch USA, which sold a sport jacket created amid the popularity of the 1980s television show “Miami Vice.”

In 1997, with Herb, she joined Larry Hymes and Hyela Makoujy to form the West Coast Exclusive menswear show in Los Angeles. Longtime friend Ilse Metchek, president of the California Fashion Association trade group, remembers Goetz’s insatiable desire to learn and also recalled the exclusivity of the show that lived up to its name.

“It was all high end, all couture names,” she said. “It was always very elegant.”

The show moved to Las Vegas in 2002 and was renamed The Exclusive. Goetz retired in 2007 following that year’s August edition.

Preceded in death by her husband and business partner in September 2003, Goetz is survived by her four children, Amy Freeman Cohen, Kelli Freeman, Matthew Goetz and Randy Freeman. She was also an adored grandmother and great-grandmother.

While Goetz and her husband developed their business together, they also included their daughters Amy and Kelli, who will keep closest to their hearts their mother’s integrity, showmanship, passion for her work, diligence, respect and her “Stevisms.” The sisters cherish the time spent with their mother, who was known for her class, kindness and penchant for a good martini, and they recall an indistinguishable line between Goetz’s personal and professionals sides as she treated everyone like family.

“She didn’t see a difference in handling people personally or in business. She treated people as the human beings they were,” Freeman Cohen said. “So often you hear people say, ‘Oh, well that’s business,’ but there’s still the human element, and that is the best thing I could learn from her for business.”

Mentioning that their mother was able to make everyone she encountered feel special and loved, Kelli Freeman noted that nepotism didn’t exist in their mother’s approach to working with her daughters. Yet, the business-side access afforded to the sisters allowed them to enjoy special moments during global travel that would never have been possible had they not worked with Goetz.

“It was such an honor to work with her and see her navigate through what she did and learn from her such fine qualities and her business know-how,” Kelli Freeman explained. “We would drive from Los Angeles to Las Vegas for the shows. We would sing Carole King songs. It was really lovely.”

This gratitude for simply knowing Goetz was echoed by longtime associate and friend Patrick Espinoza, who works as the director of salesfor Caesars Entertainment.

“She owned this amazing, unreal ability to sincerely and genuinely connect in a caring way,” he said. “I don’t know how she found the time to stay connected so wonderfully with so many people. I’m truly baffled by it, yet her life example leads me to try to do better myself—moving forward through my personal life.”

In memory of Goetz, her family asked that donations be made to animal-welfare group the Amanda Foundation and the care-giving organization Skirball Hospice Services with Los Angeles Jewish Home.