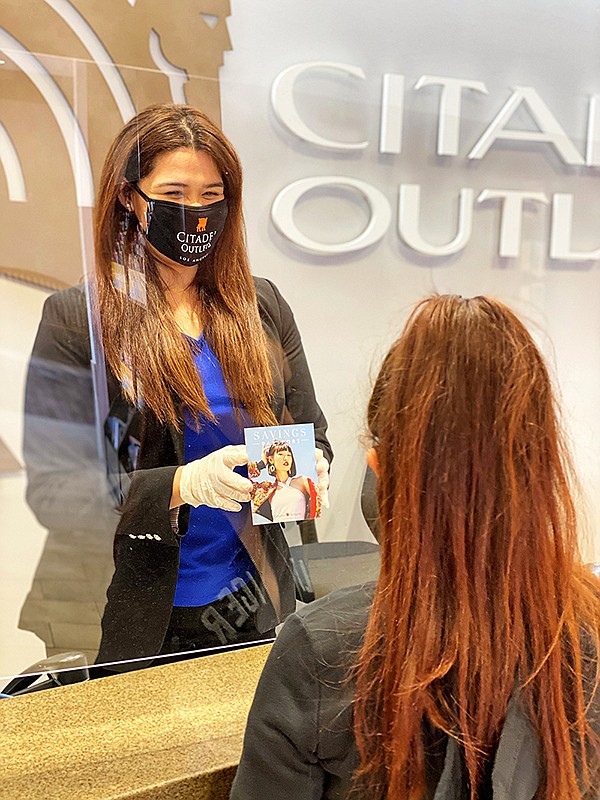 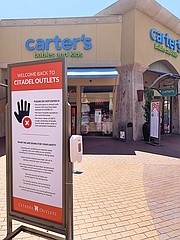 After weeks of being required to shut down operations because of the COVID-19 pandemic, boutiques and independent shops were given the green light on May 27 by Los Angeles Mayor Eric Garcetti to reopen.

Since late March, bricks-and-mortar retailers deemed nonessential had to close operations. Recently, these businesses were permitted to conduct curbside retail sales where staff was allowed to place goods in the trunks of parked cars. Many retailers continued to run their digital operations.

“All retail establishments may reopen for in-person shopping,” Garcetti said. “With the proper safety measures and with extraordinary caution we can now go back into all stores.”

Garcetti noted that consumers have been allowed to shop for goods at pharmacies and grocery stores during the pandemic shutdown.

“We couldn’t shop at our local neighborhood stores. They have suffered, and many are at the point where they are not coming back,” he said. “We know how to shop safer. We have learned a lot about social distancing, wearing our masks, making sure that we follow protocols on washing hands, but we have to make sure that we don’t punish our local stores and that we begin to fortify again our Main Streets.”

Freedman forecasted that retailers would reopen slowly. She also noted that many consumers would take their time before venturing out. “No one’s going to be waiting in line like Starbucks,” Freedman said. But there is a lot of pent-up demand. “People don’t want to wear the same stuff all the time. It makes them more depressed,” she said.

The closures came during a crucial time for her business. In past years, spring meant women buying styles for festivals like Coachella and also special events such as weddings, graduations and Mother’s Day. But many weddings and graduations have been canceled or postponed. However, a lot of her loyal customers kept an eye out for the store. “I am so happy and grateful that people have given support,” she said.

The Citadel Outlets retail center, a short drive south of downtown Los Angeles, reopened on May 28, though individual stores were responsible for their own reopenings. It was anticipated that 24 mall stores would open in-store operations by the weekend. These shops include outlets for Old Navy, Lucky Brand, Michael Kors and Marni. Other stores would continue to operate only with curbside pickup and virtual shopping, according to a statement from the retail center.

When Citadel stores reopen, they’ll have to observe health protocols recommended by the City of Los Angeles and Los Angeles County. These measures include:

• marked aisles indicating traffic can only travel in one direction

• social-distancing standards of six feet between staff and shoppers

• physical partitions such as Plexiglass barriers

• hand sanitizers, tissues and trash cans near the entrance to the store

The company also announced that it would require customers to wear face masks and encourage contactless payments through methods such as Apple Pay, Google Pay, Samsung Pay and tap-to-pay credit cards. If a consumer needs to use a credit-card keypad, the consumer will be provided with a clean Q-tip to punch in a PIN number, said Rebecca Block, Buffalo Exchange’s vice president.

“It’s been a long, uncertain road, and things may not be ‘normal’ for quite some time, but we’re excited to see our Buffalo family again and get back to what we do best,” she said.