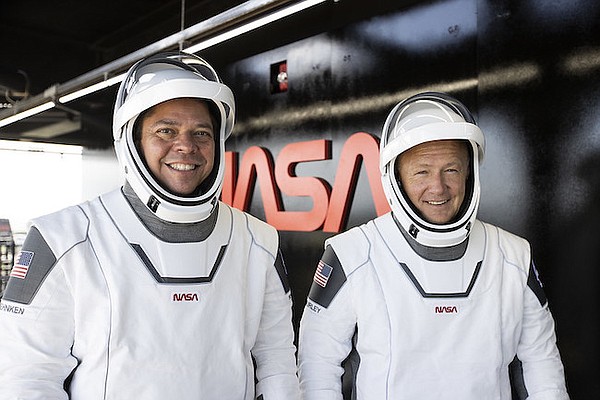 On May 30, there’s going to be a first for the endeavor of commercial space travel…and for space suits.

Space X is scheduled to launch the Dragon capsule from the Kennedy Space Center in Florida.

The commercial spacecraft will be flown by astronauts Bob Behnken and Doug Hurley, who will be wearing space suits designed at Space X headquarters in Hawthorne, Calif., located 13 miles south of downtown Los Angeles.

The space suits, designed in collaboration with NASA, are a much sleeker alternative to the clunky suits worn during the first space flights in 1969 and the 1970s.

The Crew Dragon suits are basically pressure suits, similar to what fighter-jet pilots wear, according to media reports. They’ll provide protection against dangers of the launch, such as high heat. They’ll also have communications systems such as radio and microphone in the helmet, as well as an air and electricity flow managed through a cable connected to the astronaut’s seat in the spacecraft.