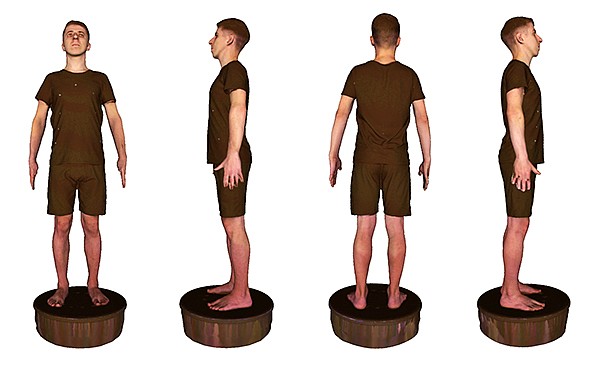 After winning a fashion-technology prize in 2019 from the luxury conglomerate LVMH, the parent company of Louis Vuitton, 3DLook, headquartered in San Mateo, Calif., intends to take its digital body-measuring technology a step further.

The company unveiled its 3D Body Scanning Lab on Nov. 9. The new lab is in the company’s research-and-development offices in Odessa, the third largest city in the Eastern European country of Ukraine.

But 3DLook’s focus will remain the same from when it started in 2016. It aims to enable consumers to have better fit experiences shopping online or at a physical store, Cathcart said. 3DLook’s patented mobile-scanning technology uses 3D statistical modeling and artificial-intelligence computing tools such as neural networks and computer vision to generate three-dimensional models in about 30 seconds. Operating 3DLook’s software starts with a smart phone. A user takes two photographs of a fashion shopper against any background and then the photographs are uploaded into the 3DLook software, which collects more than 70 measurements of the consumer’s body.

The service has gained clients such as the direct-to-consumer brand 1822 Denim. Tanya Zrebiec, vice president of strategy and innovation at the A3 Apparel Group, parent of 1822 Denim, said that 3DLook’s technology has helped sales.

“We have a 6.3 percent conversion rate after using the 3DLook’s widget. Now we’re gathering more sizing data from customers so that we can move forward with 3D patterning and customization,” she said in a statement.

In May 2019, 3DLook was awarded the LVMH Innovation Award. It beat out 900 applicants and more than 30 finalists to enter the competition’s final heat. There, Vadim Rogovskiy, 3DLook’s chief executive officer, pitched his company’s services and vision to an LVMH delegation that included Bernard Arnault, chairman and CEO of LVMH, and Ian Rogers, who serves as LVMH’s chief digital officer.

LVMH presented 3DLook with its Innovation Award because the luxury conglomerate thought that the technology company’s product would offer brands, retailers and e-commerce businesses the ability to provide “hyper-personalized customer experiences across all channels,” an LVMH statement said. The award’s recognition included offers of development counseling from the LVMH staff.

Also in 2019, 3DLook was presented with the Retail Digital Transformation Grand Challenge Award, which was cosponsored by the IEEE Standards Association, an electronics-engineering nonprofit based near Rutgers University in New Jersey.

Ultimately, a more-precise knowledge of sizing will help an apparel industry offer better fits, which means less returns to retailers and fewer clothing items tossed into landfills, Cathcart said. The company’s software also will help support a market that is increasingly interested in personalizing product and making clothes for a wider group of body types.

“We’ve seen hashtags such as ‘#AllBodies,’” Cathcart said. “There’s been a much greater acceleration into customization and personalization.”

A trend toward digital measuring started more than five years ago, when mostly made-to-measure suiting companies introduced technology where measurements would be taken digitally, not by a human tailor.

3DLook has also been fundraising and, on July 20, it announced that it had raised $1 million in a pre–Series A round of funding, which was led by ICU Ventures, a Kiev, Ukraine–based venture-capital firm. Since 2016, 3DLook has raised a total of $4.2 million from Boost VC, a technology accelerator based in San Mateo, Calif., as well as from other venture-capital firms such as 500 Startups, U Ventures and Natalia Vodianova, a supermodel and philanthropist. The company plans to raise a Series A round of funding in 2021.