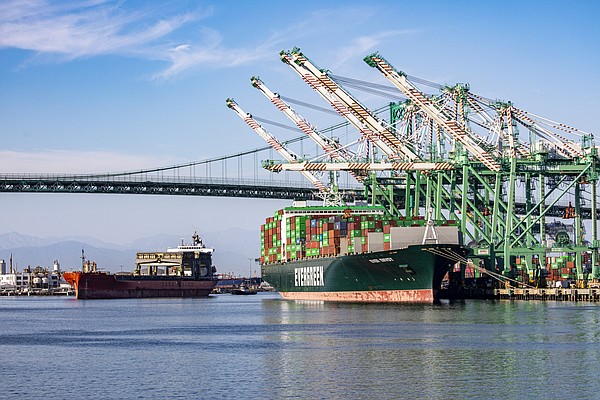 Cargo containers handled in the Port of Los Angeles jumped 27.3 percent in October compared to the same time the previous year. In October 2020, the port processed 980,729 TEUs (Twenty-Foot Equivalent Units)—the measurement used to describe 20-foot-long intermodal containers. The surge in container traffic was attributed to retailers stocking up on inventory for the holiday season, said Gene Seroka, executive director of the Port of Los Angeles. However, Seroka said that the port’s announcement carried some issues.

While October was busy, Seroka said that, year to date, overall cargo volumes lagged by 5.3 percent compared to 2019. He described the October surge when juxtaposed against a period of lower cargo volume handled by the port as a “volume swing.” “With COVID-19 cases on the rise nationwide, the U.S. economic outlook remains uncertain,” he said in a press release. “Volume swings like the one we are seeing are an outgrowth of this uncertainty.”

He also attributed some port issues to the U.S. trade imbalance with its partners.

“Overall volume has been strong, yet the trade imbalance remains a concern,” Seroka said. “For every three and a half containers that are imported into Los Angeles from abroad, only one container leaves with U.S. exports. One-way trade will not put Americans back to work, and it adds logistical challenges to the supply chain.”

The Port of Oakland recently announced that October imports grew 10.4 percent compared to the same period the previous year. However, export volume dipped 0.5 percent in a year-over-year comparison, said Bryan Brandes, the Port of Oakland’s maritime director. “We’re cautiously optimistic because our industry partners are pointing to continued strong import demand heading into 2021,” Brandes said. “Peak season is here, and we’re seeing retailers stocking up on as much product as possible.”