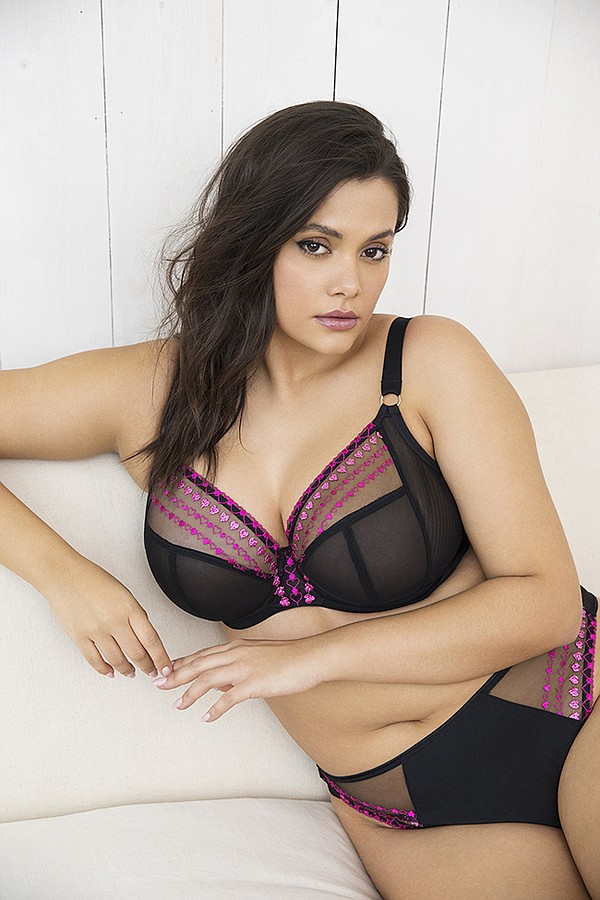 Establishing a virtual space for the lingerie and intimate-apparel category, events producer Comexposium Group USA launched its Curve Connect event through a partnership with event-software provider Grip for an online trade exposition that was held Sept. 13–25. While the Curve brand has enjoyed onsite shows in the United States, with events in New York, Las Vegas and an inaugural Los Angeles edition launched in February, its organizers began planning digital alternatives early on in the first months of stateside COVID-19. With 21 webinars produced since April, Curve has enjoyed a lot of preparation to introduce Curve Connect as its new virtual offering, allowing the intimates-event brand to expand its reach to other regions including Japan, Brazil, Kenya and Australia.

“The platform we used is more suited for matchmaking and networking. We were allowing the brand reps to contact the buyers on the platform,” Curve Chief Executive Officer Raphael Camp said. “They have access to the buyers directory and can reach out to them and request meetings or chat with them. That is what was different. It’s what I bet on, and it was successful.”

As a software solution that focuses on matchmaking powered through artificial intelligence, the London-based Grip focuses on building relationships—a facet of industry events that different groups within the apparel business have been trying to reclaim through their virtual events.

“This platform allowed us to broadcast a lot of content. We produced almost 20 hours of original content ourselves, from roundtables to panels and webinars,” Camp said. “We offered workshops for retailers as well, to survive and do business during these difficult times. Different types of content curated for retail, for marketing, Instagram, and of course we had content about lingerie—famous influencers and trendsetters on the next-year and three-years-from-now trends.”

Some of these segments included “Sourcing and Sustainability: Redefining Values,” “Return to Sexy!” and “Lingerie Shopping in the Era of Black Lives Matter: How to Update Your Brand or Boutique for the Time.” During this time of social distancing and safe-shopping guidelines, the event also afforded opportunities for attendees to learn how to fit bras during this new atmosphere of selling lingerie by featuring “Are You Ready to Reinvent Your Bra-Fitting Business for 2020?,” “The Virtual Fit School: ‘How to Survive and Thrive in This New Time” and “A Lingerie Fitters Guide to Addressing Breast Surgeries.”

Another big moment off the virtual-trade-show floor was the presentation of the NPD & Curve Excellence Awards, which highlighted the outstanding work of the industry’s veteran retailers, beloved brand representatives and innovative labels with the intimates-event brand and market-research company collaborating to celebrate changemakers within the category.

“We organized the first-ever Curve Excellence Awards in partnership with The NPD Group, which awarded the best brands, and on the Curve side we awarded the retailers who did some charity projects and gave back to the community and essential workers in the area,” Camp said. “One of the top retailers, Danny Koch of Town Shop in New York City, received the lifetime achievement award. He got his retail store from his parents, who got it from their parents, so it’s a family history of lingerie.”

A retailer who has attended Curve’s shows over the course of her business’s 14-year history, Yvonne Khakzadi-Alicea, founder of Granite Bay, Calif.’s Yves Lingerie, thought the show afforded opportunities to bring together the intimates community. She emphasized that exhibitors must make the virtual-show process easy by making certain their line sheets, pictures, pricing and other pertinent information are available through the platform. Khakzadi-Alicea, who specializes in larger cup sizes, was approaching trends cautiously as she placed orders, needing to fill in and search for Fall and Holiday.

“I got together with Chantelle and Aubade. She sent me some samples. Dita Von Teese is sending samples so I can look at the line,” she said. “I am not taking a lot of risk right now. I don’t think anybody is. I went through 2008, the last time the market fell. We have to be cautious. Loungewear, sleepwear, but something that is special and is okay in the mid-price point. You want to offer a good product, but I don’t see someone spending $500 on a top.”

Khakzadi-Alicea advised her peers to remain authentic to their clientele with pieces that reflect their core customer base. While she doesn’t feel that taking risks is wise at the moment, investing in a single special piece to see if it resonates with customers is a better choice to freshen up inventory, yet she felt there is a special part of selling intimates that cannot be ignored.

On the exhibitor side, Eveden Senior Vice President of North America Laurel Nash saw trends in skin tones, pinks—particularly a bright version of the hue—warm blues and rose. She saw customers ordering their bestsellers in new colors, allowing them to remain with tried-and-trusted products while refreshing their offerings safely.

“In general, our customers are buying our bestsellers in new colors. The fit process is very different than it has been before, so customers trust the styles that they generally know fit, and they are very interested in new colors,” Nash said. “Elomi is our strongest-selling brand, and we have a bra called Matilda that has beautiful dot detailing on the top cup. For this season we introduced hearts instead of dots, so there were some nice, whimsical details there.”

Noting the seamless manner in which Curve expanded on its educational webinar offerings by providing panels throughout the Curve Connect show, Nash recognized the importance of members of the industry coming together to learn from their peers. She felt that the show was true to its name by connecting people within the industry during this challenging time.

“Just what the name says, Curve Connect,” Nash said. “It has helped connect the lingerie community. Even if we’re not connecting physically on the platform, it’s helped people realize that life is going to go on and we can look forward together and we’re in this together.”

With one edition of Curve Connect on the books, Camp revealed that the virtual platform would be open until late November. While he foresees potential for the virtual component to grow, remaining part of the brand, he is also planning for next trade-show season beginning with a Los Angeles edition of the onsite version of Curve, with a tentative event schedule planned for the first weekend in March 2021.

*An earlier version of this story named the Eveden brand as Ilonia, which is incorrect. It has been corrected to Elomi.