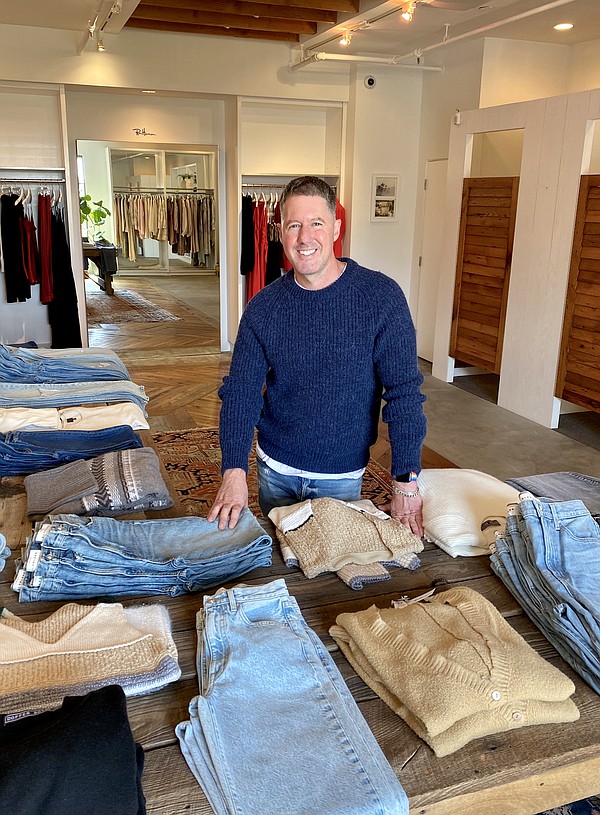 That sign was a significant symbol for Los Angeles fashion. The building, at 8100 Melrose Ave., was the address of a cradle of high-end Los Angeles boutique retail. Since 1965, consumers, celebrities and influential stylists looking for cutting-edge fashion shopped there, and many in California fashion started their careers there.

For the first time in the history of that building, Ron Herman is the only boutique retailer doing business at that address. Its neighbor, Ron Robinson, closed its bricks-and-mortar shop in 2019. The family of Fred Segal, the man who founded the Fred Segal compound of shops at that address, sold his intellectual property and trademarks in 2012. Then, in 2016, the Fred Segal brand opened a new flagship in West Hollywood. Big changes recently came to Ron Herman, which has been in business since 1976. 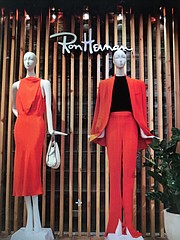 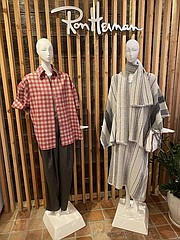 With no public announcement, Ron Herman sold his company to the Japanese holding company Sazaby League Ltd. for an undisclosed amount in 2019. Sazaby runs more than 20 Ron Herman stores in Japan. The Japanese company had partnered with Herman more than a decade ago. These shops offered Japanese-only product lines such as a unique Vans collaboration and a limited-edition Ron Herman Toyota FJ Cruiser vehicle. Herman and his wife, Carol, served as consultants until January 2020 and then left the company. Ron Herman had been looking for a successor. His children were not interested in taking over the business. However, he had been working with Sazaby for a decade. He believed that the Japanese company not only understood the retailer’s DNA, but they had the passion and professionalism to bring Ron Herman into a new era.

“It’s a natural evolution,” Herman said. “I felt secure and grateful to find someone who could do that.” Herman said of what he believed to be a seamless transition from his helming of the company to new ownership. Herman is not currently involved with fashion or retail projects. To get involved with a new fashion project, it would have to be something that he deemed the market and society specifically needed.

Since then, James Quirk, who has worked as a Ron Herman salesperson, buyer and store director, has been helping run operations in the United States. He currently serves as Ron Herman’s general manager and director of operations. The retailer’s U.S. operations include the two-story, 14,000-square-foot Melrose flagship as well as women’s boutiques in Los Angeles’ upscale Brentwood neighborhood and in Malibu, Calif. Also part of this boutique operation is the e-commerce shop ronherman.com.

Ron Herman’s chief operations officer, Jenny Hodge, and Toshi Fujita, its vice president, have presided over hiring a new team, who started their jobs a couple of months before the COVID-19 shutdown. The new slate includes Ami Lasser, who joined as the new women’s buyer. She has worked as a stylist and buyer for more than 20 years and started her career at Ron Herman. Ruben Leal, who co-founded the popular Venice Beach boutique Tradesman, joined Ron Herman as its men’s buyer. Kyle Moffett, the new director of e-commerce, joined in August. Quirk said that Moffett will be developing the scope of ronherman.com and adding more editorial. Industry leaders will be retained as advisers. One adviser will be John Moore, a co-founder and chief creative officer of the Outerknown brand. Another will be Hannah Henderson, co-owner of the General Store in Venice, Calif.

The pioneering retailer’s change of leadership takes place during a time of great change for the retail business and society. Quirk said that Ron Herman would chart a course to forge new ventures for the retailer. However, the new team also has been working diligently to retain the company’s personality and aesthetic, which grew out of the sensibilities of the company’s founder.

In a 2018 interview with California Apparel News, Herman called his aesthetic an “elegant simplicity.” It was one of the first stores that could mix high and low fashion, designer and denim, as well as whimsical and street styles. Its retail price points range from $45 for a T-shirt to $2,500 for high-end designer pieces and more than $8,000 for jewelry.

Ron Herman set a template for California fashion, said Nicole Pollard Bayme, a stylist and CEO for the LaLaLuxe company.

“Before laid-back, California blogger style was the rage. Those in the know could head to Ron Herman for the best selections of denim and sweats that L.A. had to offer,” she said. Her company organizes fashion tours of Los Angeles, and Ron Herman has long served as a stop on LaLaLuxe routes.

Ron Herman’s aesthetic has kept people coming back to the store for decades and made the boutique a retailer whose influence continues to be felt, Quirk said.

“He’s done everything so well. It has been consistent for so long. It is in our DNA. So for everything I do, I’m thinking, ‘Would Ron appreciate and embrace this decision?’” Quirk said.

Like other retailers, Ron Herman has grappled with the COVID-19 pandemic. Its bricks-and-mortar business shut down on March 13 and reopened in early June. During this time, a remodel was rolled out.

An independent footwear store, Gregory’s, had moved out of its space next to the first level of Ron Herman. Ron Herman extended its women’s wing and added footwear on the second floor, Quirk said. “For the first time, we carry shoes. It’s been a dream of ours,” he said. “We’ve never been able to style a head-to-toe, complete look.”

The retailer also opened an in-store jewelry salon. Eyewear company Oliver Peoples opened a separate shop in the bungalow building separate from the Ron Herman store.Throughout the location, interiors were spruced up, and the interiors have a brighter, airier ambience.

The landing area between a staircase leading to the second floor will be dedicated to new ventures. In November, it will serve as the site of holiday shop-in-shops for Los Angeles brands such as Camp High, a basics brand with a whimsical sense of humor; Soyer, a women’s contemporary knits brand; and I’m OK! by Larry Schaffer, aka Mr. Gift, who founded a Los Angeles gifting and homeware line.

The new leadership team for Ron Herman will have some big shoes to fill. Ron Herman is still known as a shop that gambled on new lines such as Juicy, True Religion as well as Trina Turk and J Brand, which came to dominate retail, said John Eshaya, founder of the JETJohn Eshaya brand, who worked at the retailer beginning in 1984 and left in 2008 as its vice president and women’s buyer.

“To be in Ron Herman in the ’90s meant that your line was going to be seen by the buyers of every department store and every specialty store as well as every designer and every actor. You would become a star,” Eshaya said. “Everyone’s eyes were on Ron Herman.”