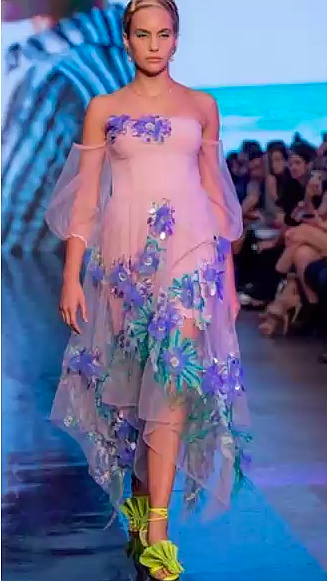 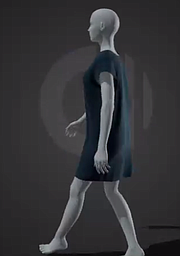 Following its debut during the August edition of L.A. Market Week, the CMC Uploaded virtual platform was used again by the management of the California Market Center to host the CMC’s popular biannual textile-and-fabrics show, LA Textile. During the virtual show, which ran Oct. 7–9 and was called CMC Uploaded x LA Textile, Matthew Mathiasen, the CMC’s manager of buyer and community relations, conducted interviews with various exhibitors. After each 30-minute talk, titled “Exhibitor Spotlight Sessions,” attendees had opportunities to submit questions to the exhibitors, said Moriah Robinson, the CMC’s event director.

“For us at the CMC, the LA Textile show always feels like a big family gathering. When deciding on a virtual format, we wanted to evoke the same feelings that we have at the show, which is promoting intimate and productive conversations in a comfortable setting,” she said. “Matthew Mathiasen works with both our LA Textile exhibitors and attendees, so by having him as our textile host, we feel that we instantly created that feeling of familiarity and comfort for both parties.”

“It’s a different time,” Tabassi said. “We have to be creative. This was a great way to make it fun and directly engage with attendees with the question-and-answer period. It is a smart alternative. It makes your presence known.” Minutes after her Exhibitor Spotlight Session, attendee inquiries appeared in her email inbox, Tabassi said.

Elisabetta Rogiani, founder of the self-named Rogiani label, based in Los Angeles, viewed the Peclers Paris trend presentation on Oct. 7. Rogiani said that the format gave new focus to the trade show.

“The big advantage is one-on-one instead of being in a big room,” she said of the format, which she said gave a feeling of intimacy. “It was a very comfortable way to see the presentation.”

Robinson said that more than 750 people from around the world visited the CMC website to participate in individual Exhibitor Spotlight Sessions.

Other exhibitors included Japanese companies Hokkoh Co. LTD. and Shindo. Hokkoh makes prints and solids for men and women, with bright colors informing its looks for the Autumn/Winter 2020 and Spring Summer 2021 seasons. Shindo devoted time in its presentation to its expanded sustainable program, which included trims, tapes and ribbons made out of organic cotton and recycled polyester.

Firms based in the United States included the Los Angeles–based apparel-manufacturing company Fil & Needle as well as the New York City–headquartered Buttonology, which exhibited a selection of buttons including novelty metals and eco-friendly offerings made out of coconut and other sustainable materials. Cyrus Nazari, owner of Fil & Needle, also noted its sustainability aspect. Some of his clients use newly made sustainable fabrics to make collections with a high-fashion edge. Others buy dead stock and old clothes that are cut into new garments, he said.

The tech in LA Textile

CMC Uploaded x LA Textile also served as a platform for apparel technology. Ohzone Inc., a Sunnyvale, Calif.–headquartered startup, made its debut earlier this year. Ohzone made a presentation showcasing its 3DREAL proprietary technology. Alison Lewis, the company’s design strategist and new business development, who gave the presentation, explained that Ohzone developed virtual environments that can show photorealistic representations of clothing and exhibit details such as the drape of a garment. The virtual samples can then be distributed to clients and displayed in digital showrooms.

The Carlisle, Ky.–-headquartered FeltLOOM demonstrated its FeltLOOM Pro, a needle felting machine that is used to rebuild and refurbish fabrics. After being refurbished by the machine, fabrics can be used to make new items, which allows waste to bypass the landfill, said Lanette Freitag, president of FeltLOOM, whose customers include the Eileen Fisher brand. As the leader of a business that is based in a former factory town located in Kentucky’s Bluegrass region, Freitag was hopeful that the company’s machines could bring industry and jobs to America’s Heartland. The machine can help people develop their own businesses.

Freitag was glad that the platform of CMC Uploaded gave her the opportunity to exhibit a large machine at her company’s studio. But she missed the in-person aspect of a traditional trade show.

“With in-person you can see the person’s expression,” she said. “You can see that ‘aha!’ moment. You can’t always see that virtually. You don’t get the same reaction as you do in person.”