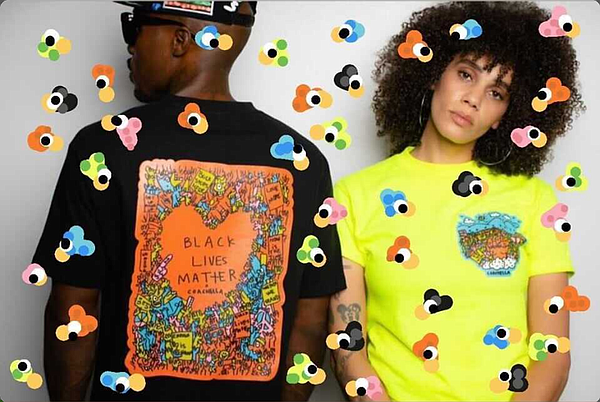 The Coachella Valley Music and Arts Festival and Goldenvoice Black are supporting the Black community through a GV Black x Coachella partnership that includes showcasing the Black Lives Matter–inspired fashion designs of creatives including Nicholas Mayfield, whose work is being presented under the branding Nicholas Mayfield Over Everything. The Riverside, Calif., designer created a collection of crew-neck and hoodie sweatshirts, joggers, face masks, and T-shirts launched under the name Coachella x NMOE.

“The message behind his designs is to have an open eye and open mind and always carefully review differences in commonalities,” read a statement from NMOE.

In addition to the NMOE collaboration, the GV Black x Coachella partnerships also include work from additional Black California-based designers Bricks & Wood, Diana Boardley and Supervsn, which will benefit the artists who partnered with GV Black and Coachella. A portion of the proceeds from the sale of every piece from the collaborations, will also benefit a charity of each artist’s choosing.

Mayfield’s collection will benefit the Black Design Collective, the Los Angeles–headquartered nonprofit organization that supports designers and other creatives within the Black community by providing information sessions, business planning, networking opportunities and exposure within the fashion industry. 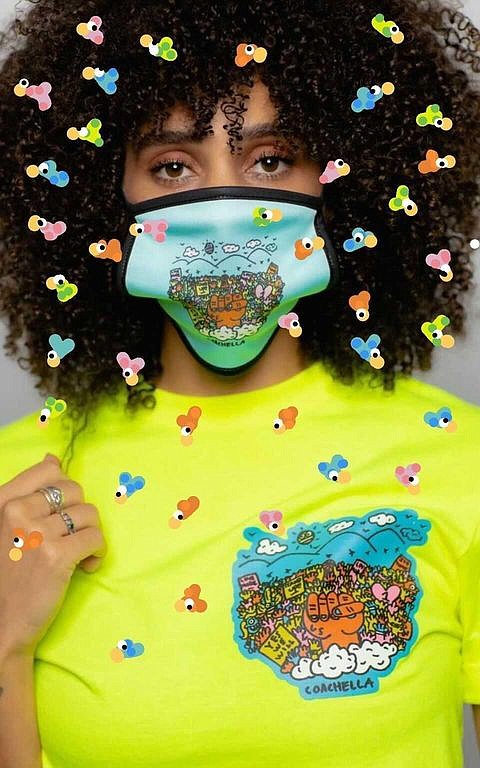 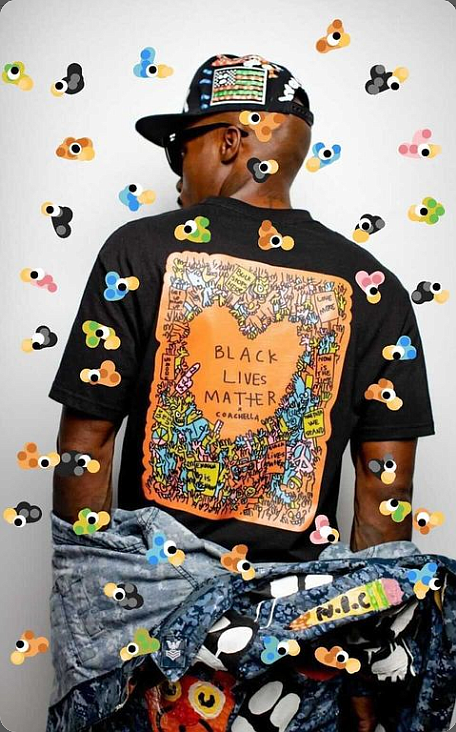