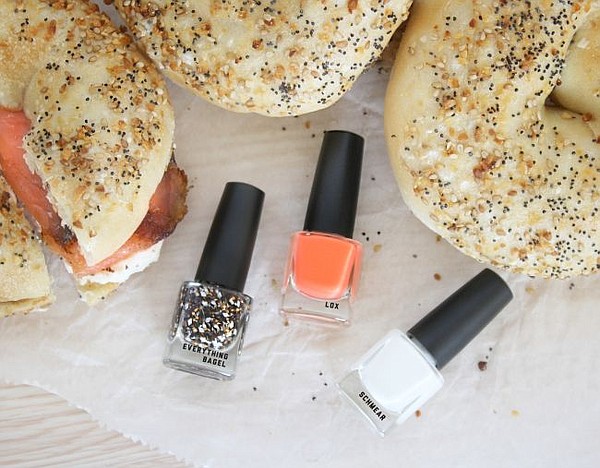 In the 20th century, there was a tidal wave of comedians and humorists who told jokes and stories inflected with Yiddish language. So successful were comedians like the Marx Brothers, Milton Berle, Mel Brooks, Joan Rivers and Woody Allen, that Yiddish words became part of American culture.

For the great majority of North American Jews, Yiddish is an ancestral memory, the language that their great grandparents, or even their great-great-grandparents spoke. But it’s still good for laughs. Enter the Los Angeles-headquartered brand Unkosher Market. 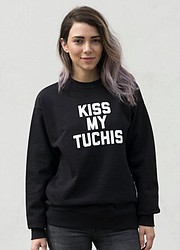 Advertising creative directors Shiran Teitelbaum and Alice Blastorah put together a party for a friend converting to Judaism in 2015. The party gifts included T-shirts designed by Teitelbaum and Blastorah. The tees celebrated the kitschy, jokey side of Jewish culture and Yiddish language. Hilarity ensued. A brand was born.

Old Yiddish culture continues to provide a lot of material for humor, and for products said Teitelbaum and Alex Feldman, the brand’s operations manager. “Most of the Yiddish words we use are ones that people are familiar with and connect to. Our Oy Vey masks for example, sum up how we’re all feeling about 2020. So far, it’s been a good shtick,” they said.

This year, Unkosher Market released nail polish inspired by the colors of a bagel and lox. The nail polish was made in collaboration with Brooklyn, N.Y.-headquartered company Positive Times. The nail polish is sold on the website unkoshermarket.com. For the 2020 election, the brand will release a tote bag with the slogan, “If you don’t vote, you can’t kvetch.” In November, the brand is scheduled to introduce an Instagram page called DIYenta where tastemakers will kvell about their latke making skills. Oy! The Chutzpah!