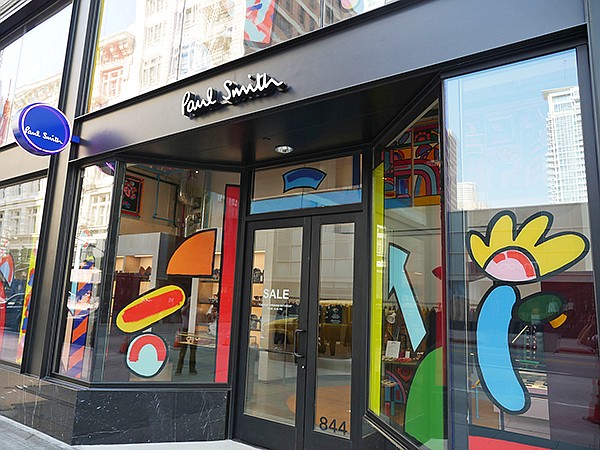 The COVID-19 pandemic has been tough on every sector of business, with the U.S. retail-real-estate sector experiencing its first decline since the Great Recession of the previous decade, according to a recently released report from CBRE, a commercial-real-estate services and investment firm.

More than 14.6 million square feet of retail real estate across the U.S. was vacated in the second quarter of 2020. It was the first quarterly decline in retail real estate since the first quarter of 2011, according to the CBRE report, titled “Retail Sales Hard Hit by COVID-19,” which was released in late July. Completed real-estate deals declined 54 percent, or some 5 million square feet in the second quarter compared to the same quarter of the previous year, the national report said.

Some deals are still being made, said Jay Luchs, a prominent Los Angeles commercial real estate broker, who serves as vice chairman at Newmark Knight Frank. However, 2020 will be remembered as a year like no other, he said. “First, people thought after three months that we’d be back to normal. Then people realized that there was nothing normal,” Luchs said. Throughout retail streets, shop owners have asked landlords to forgive rents. Landlords have been feeling a lot of pressure as well because banks are demanding that landlords pay their mortgages. So, landlords and tenants continue to negotiate deals. One template for the few new deals being signed is to receive at least six months of free rent at the beginning of a lease in order to help secure longer terms.

“What I tell my clients is that if you can sign a tenant long term by giving six months of free rent, take it,” Luchs said. “We need to keep the energy of neighborhoods as active as possible so you don’t lose the energy of a neighborhood for good.”

He encourages landlords and tenants to develop sincere partnerships in order to help each other get through the current crisis.

“It was a renaissance,” Yen said of high-end retailers coming into the once-blighted area. “We got the restaurants, bars, offices, residential, and hotels were coming in. Retail was one of the last critical pieces.”

Downtown Los Angeles has experienced some big coups over the last seven years. Prominent fashion brand Acne Studios served as a pioneer to the area when it built a flagship in downtown Los Angeles’ fashion district in 2013. The momentum continued as major brands built stores. In 2019, the Vans brand opened a flagship a couple of blocks away from Acne Studios. In 2020, the Danish brand Ganni and the U.K.-based brand Paul Smith opened boutiques.

Downtown Los Angeles retail has a better chance of surviving the current crisis, Yen said. In the past, there were few downtown Los Angeles locals to support retail. Currently, an estimated 90,000 residents live in the neighborhood and patronize the area. However, to thrive, retail needs more than the support of locals, Yen said.

“DTLA has to provide experiences to attract people who have all of these different options on a daily basis,” he said. “We offer a big-city environment. It is something that many people value. But more people are afraid of big cities now because of the social-distancing culture.”

The CBRE report did note an area of growth in retail real estate, revealing that low-end malls are being repurposed. Currently, a lot of the growth in this trend is taking place in the Midwest. But Larry Kosmont, chairman and chief executive officer of Kosmont Cos., a real-estate and finance advisory firm, forecasted that this trend will find a place in California.

“We’re calling it RE-industrial,” Kosmont said of the transition of retail spaces into warehousing for e-commerce companies. “Amazon has spent the last 10 years mapping out the U.S. and putting distribution centers within miles of urban centers.”

Now, Amazon and its competitors are seeking out that “last mile” for distribution centers to enable faster deliveries. With acres of empty JCPenney and Sears stores available, mall owners and tenants including e-commerce retailers are looking at last-mile distribution centers at malls that are repurposing former department stores and other vacant spaces.

Kosmont also forecasted that malls would be in store for even more repurposing. Mall owners will look to develop more green space and active open spaces at retail centers.

“Outdoors is the new anchor because of how we live now,” Kosmont said. “Planners are studying how they can integrate outdoors with residential, office and ancillary retail.”