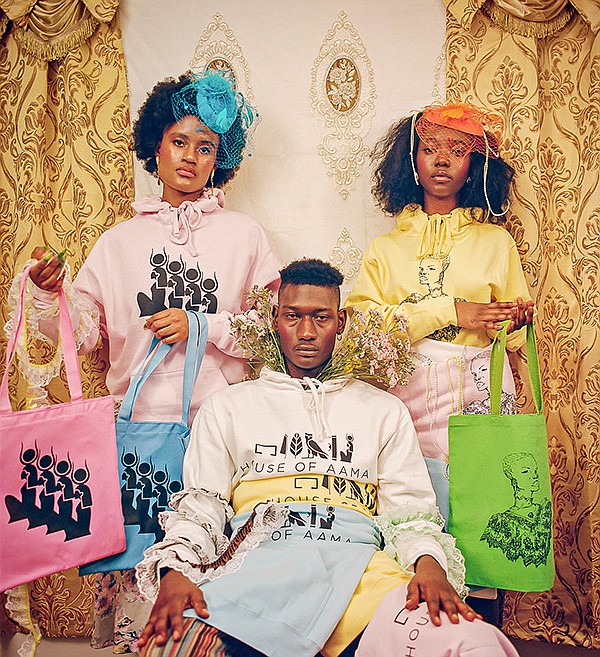 Through Creole Roots, House of Aama Grows Its Brand and Tells Its American Story 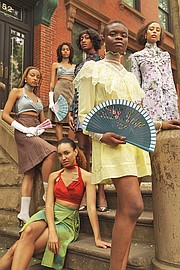 Maintaining their family’s proud history rooted in the Creole traditions from the southern United States is crucial for Rebecca Henry and her daughter, Akua Shabaka, who are the founders of the Los Angeles brand House of Aama. An attorney by trade, Henry has a lifetime of experience in sewing and quilting, which has allowed her to build a business with her Parsons School of Design–educated daughter.

“From an early age, I watched the women in my family make crafts. It was something we did together. Before getting into fashion, my mother was teaching me basic things on the sewing machine and I would watch my mother make quilts,” Shabaka said. “When it came to the business, my mother had the skill set of sewing, and it made sense because I had the eye for the creative direction and the aesthetic vision.”

Established in 2015, House of Aama was formerly Urban Nomad, a brand born of Shabaka’s interest in vintage and upcycled fashions during high school—and often given new life by Henry’s sewing prowess. As Shabaka grew older, the brand evolved to become House of Aama, using Shabaka’s middle name. According to the brand, Aama was chosen for its connection to the Egyptian goddess Het Heru and meaning “beneficence, graciousness and kindness.” The collection was the women’s investment in themselves, with Henry self-funding the venture and sewing many of the samples herself.

“That is when we decided to become more intentional and purposeful with our storytelling,” Henry explained. “We have a lot of great stories and information that we can mine in our own family and heritage.”

Honoring the legacy of their African American ancestors and their journey to establish a space within American life is integral to the brand, whose pieces are manufactured in Venice, Calif. This story began with the release of the Autumn/Winter 2017 collection named Bloodroot.

With its romantic pieces based on its Louisiana roots, Bloodroot celebrated this aspect of American heritage with contrasts between high lace necklines and billowy V-neck silk blouses featuring double bell sleeves and silk halter tops in paprika and baby blue. Pussy-bow tied shirts in silk and feminine boat-neck styles in ivory cotton are answered by lumber jackets and a striped military-style suit coat with matching straight-leg pants, and palazzo jumpsuits in deep orange set the tone of this unisex line.

“We have a particular interest in the postbellum South. We want to present a narrative especially with African American people coming out of an enslaved status attempting to claim their rightful place in the world in a noble and majestic way,” Henry said. “That is the story that we are telling, and we feel that it has broad appeal to any type of person from any type of background that is interested in the stories that we’re telling. It does have a mass appeal.”

Earlier in 2020, Shabaka and Henry were working on the subsequent collection for House of Aama when COVID-19 began to spread across the United States, followed by a rising social consciousness of injustice, which led to unrest across the country. Despite putting the collection on hold, the pair felt the time was right to expand the brand’s reach by designing and releasing Silhouettes Collectibles.

A more-comfortable collection, pieces include 100 percent–cotton hoodies and T-shirts and tote bags created from recycled materials, yet they maintain House of Aama’s sensibilities printed with Egyptian and Southern-belle imagery. Shabaka and Henry also remained committed to producing this collection in Los Angeles.

“Everything is made here; we source all of our fabrics here,” Henry said. “It provides a value to the community. It employs people in the local community, and it feels good, especially during this pandemic and economic downturn, to contribute to the well-being of people who are here.”

Silhouettes Collectibles are retail priced at $45 for a tote, $55 for T-shirts and $75 for hoodies, while the Bloodroot collection and formal pieces can be priced up to $1,600 for a winter coat. This range in pricing was important to afford more options as the women grow their customer base.

“We understood that our aspirational customer, who can at times be a little younger, may not be able to afford a $700 dress,” Henry said. “We wanted to be able to offer a divergent product. That is when we decided to combine our imagery and our brand DNA with products at a lower price point that would resonate with our customer base and aspirational customer.” Sizing for the brand ranges from XS to XXL and 0–16. Pieces are available through houseofaama.com.

Preparing for the launch of their next collection, which will likely be released within the final months of 2020, Shabaka and Henry are sharing their stories that resonate with many others as they build a fashion legacy that Henry hopes will remain for her descendants and future generations of a growing clientele.