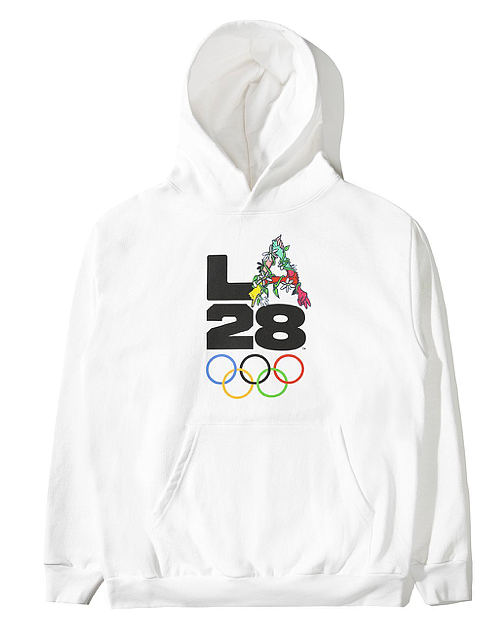 It’s eight years in the future, but a logo has already been developed for the 2028 Los Angeles Olympics. The logo for the upcoming games features the five interlocking Olympic rings graphic that has been in use for more than a century. An emblem of the Los Angeles games, LA28, is placed with the venerable logo.

To give a greater sense local pride, Los Angeles artists, athletes, celebrities and designers were invited to add their version of what the “A” in the LA28 logo should look like.

One of the members of this group was Bobby Hundreds, born Bobby Kim. He is the co-founder of Los Angeles-headquartered streetwear brand The Hundreds. His letter featured a graphic of clasping hands, which represented the best of Los Angeles he said in a prepared statement. “L.A’s greatest strength is that we lead through diversity,” he wrote in an Instagram post.”I wanted to reflect that in my A.”

The Hundreds recently released a capsule collection of clothes bearing Bobby Hundred’s contribution to the LA28 logo. Retail price points range from $15 for a pin to $119 for a hoodie.