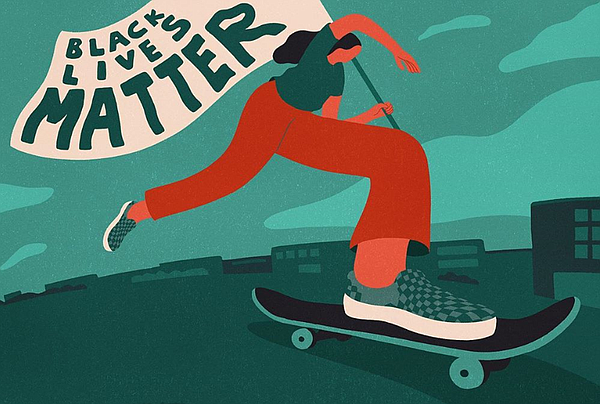 During the current social climate focused on civil rights and equity for people in underrepresented groups, particularly Black citizens in the United States, many brands and organizations in fashion have been confronted for their lack of inclusivity and awareness on social justice. Following months of unrest and calls for equitable resources for those who are underrepresented, many brands are now committing to affording greater access to opportunities at the highest levels of business.

“So much of the Black culture does set the zeitgeist for fashion and culture. I would love to see Black executives in the boardrooms and throughout organizations as well as in the creative space,” said designer and Black Design Collective co-founder Kevan Hall, “being able to really move the needle, participate in the success of companies and build wealth for themselves and build wealth for [future] generations.”

Most recently, the Council of Fashion Designers of America, Informa Markets Fashion and Vans announced that they would commit to supporting Black creative talent and those professionals who are climbing the corporate ladder toward executive roles. While these promised changes have taken a long time to begin, there is optimism for change within the fashion community.

“It’s excellent that we have so many different people coming from various parts of the industry and taking a closer look at the culture of their businesses and companies and wanting to make a change. It’s long overdue,” Hall said. “Unfortunately, it took the death of George Floyd—that horrible murder—to wake people up, but it will not be in vain, thank God. Not only in our industry but industries globally are taking an introspective look at themselves as people, as a nation and at their businesses. It’s fantastic.”

For its part, Informa Markets Fashion, the trade-show producer of MAGIC and its sibling apparel events, announced on Aug. 27 a new initiative with its e-commerce technology partner NuOrder. Through the new Informa Markets Fashion for Change Incubator Program, the show producer will support members of the Black fashion community through initiatives that began with its Sept. 1 launch of its virtual trade experience for its portfolio of shows. With the oversight of the IMFC advisory board, 10 emerging brands are receiving complimentary NuOrder tools—a digital showroom page and access to wholesale market features, editorial highlights, marketing promotion, individualized mentoring and leadership guidance.

“The IMFC is a newer initiative as part of a larger company goal to do better and be more proactive in better supporting Black-owned businesses within the fashion industry, which is sadly underrepresented and needs to change,” Nancy Walsh, president of Informa Markets Fashion, said. “With our current event, we have over 13,000 registered buyers—this is a wealth of opportunity to forge new business connections and potential partnerships. Added to this, one-on-one mentorship gives an ever further boost that maybe these brands wouldn’t have had access to without this program.”

The IMFC will work with the 10 brands over the course of the next two seasons, affording opportunities for the labels to grow and become established in the apparel business. While the program aims to support Black fashion brands, Walsh noted that the IMFC would also gain an education from working with these talented professionals, which will help the company with future participants in the incubator program.

“This is an ongoing initiative that we look to build on and grow,” Walsh explained. “We are really looking forward to working with and learning from these 10 brands over the course of the next two seasons and then, next fall, when we return to the selection process, synthesizing our learnings from launch to even further enrich future iterations of this program.”

On Aug. 31, Costa Mesa, Calif., skate brand Vans released a statement outlining its plans to create greater opportunities for underrepresented employees and potential hires. Under a Black Lives Matter banner displayed on its website, Vans made a strong statement when it admitted to its silence on matters of racial injustice.

“We acknowledge that we have not been a strong ally nor spoken up on topics of racial and social justice. The unrelenting violence and racial profiling impacting the Black community is evidence that our society is only at the beginning of change,” the statement read. “Going forward, we commit to take action that always supports equity and justice for marginalized communities.”

In addition to recognizing its absence from these conversations, Vans revealed the disparity between the numbers of retail employees from underrepresented groups and those within its corporate offices.

The brand will also commit further to supporting Historically Black Colleges and Universities, store-to-corporate pathways for retail associates, strengthening its BIPOC Employee-led Resource Group and increasing the appearance of underrepresented groups through its campaigns, collaborations and digital channels. Vans is supporting the community by working more with the NAACP, the Black Lives Matter movement and the Orange County Heritage Council, which increases awareness of Black history and strengthens the neighborhood.

The trade association Council of Fashion Designers of America made its own announcement Sept. 1, outlining how establishing equity in fashion would continue to be a focal point of its own mission. In addition to creating a separate Black advisory board to lead inclusivity strategies, the organization announced that this segment of the CFDA will be led by CaSandra Diggs, the recently appointed president of the organization, and chaired by Executive Board Vice Chairwoman Tracy Reese, with members including Harper’s Bazaar Editor-in-Chief Samira Nasr, Netflix Chief Marketing Officer Bozoma Saint John, Fashion Tech Connects co-founder Stacie Henderson and CFDA member Martin Cooper. In a newly created role, Morrison Strategy Partners founder Bonnie Morrison will lead programs within the CFDA to promote opportunities for Black fashion professionals and creatives.

“We are bringing together an impressive group of esteemed industry colleagues to collectively help us build a framework for increased diversity, equity and inclusion in fashion,” Diggs said in a statement.

As an industry veteran, Hall sees potential for this momentum to create lasting change within fashion and into other industries. He places value in the words of brands and organizations that admit they have not provided enough support in the past. While he feels they will be held accountable if they fail to deliver on their public statements, Hall remains optimistic.

“For some people to have even admitted to their lack of inclusion and shortcomings of their firms, it puts them in a position to be examined in the future. It’s a good thing. They are saying, ‘This is where we fell short, we are going to do better.’ Now that they made that statement, there is going to be some accountability,” he said. “I am hopeful.”