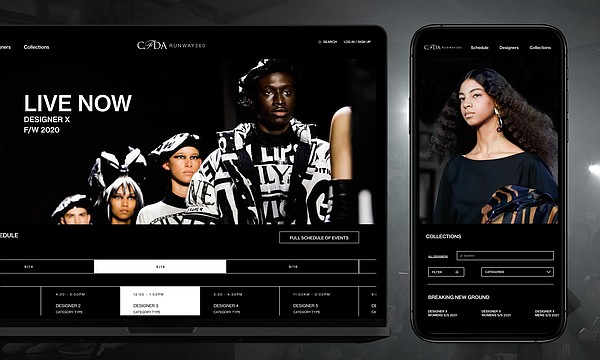 NYFW Goes On Through CFDA’s Runway360

For the highly anticipated New York Fashion Week, the show has gone on digitally. Like almost every other in-person event, the influential fashion week’s live shows were cancelled because of the COVID-19 pandemic.

During Sept. 14–16, many NYFW events are taking place on Runway360, a new digital platform produced by the Council of Fashion Designers of America, Inc., said Steven Kolb, the CFDA’s president and chief executive officer.

“This transformational time in fashion requires innovative business tools,” Kolb said about a world that continues to grapple with the effect of the pandemic. “Runway360 is more than a response to social distancing and restricted travel. The digital platform will help designers faced with short term needs caused by COVID-19 and support future market weeks including live fashion shows.”

Runway360 also will serve as a permanent digital venue for consumers, retailers, trade and press to find out more about CFDA designers, according to a statement from the non-profit designers’ group. With this platform, designers will be able to present live video stream events, hold virtual press conferences, present press kits, and even offer some consumer shopping features, according to a CFDA statement.

The platform was produced by De-Yan, a New York-headquartered multidisciplinary design studio that has worked with major brands and fashion clients such as Louis Vuitton, Nike, Dior and Uniqlo. Runway360’s business-to-business partner is Los Angeles-headquartered NuOrder, which has built online trade shows for Informa Markets Fashion. For the Runway360 platform, NuOrder constructed virtual sales showrooms.