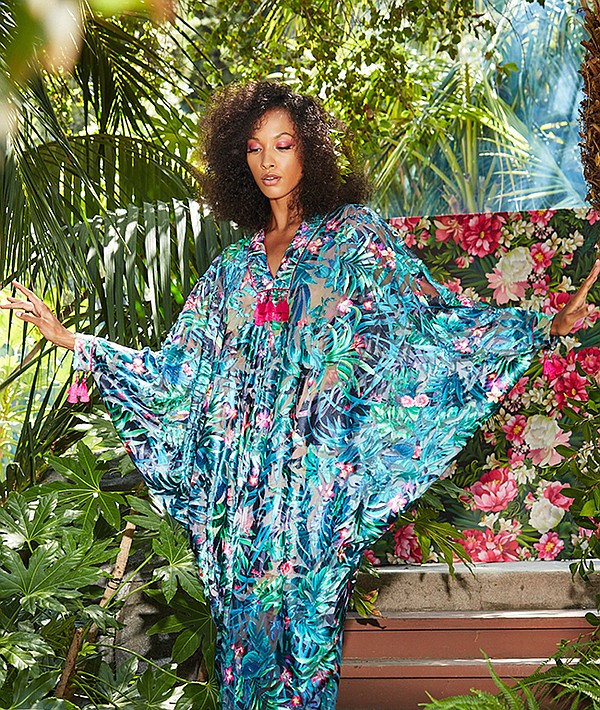 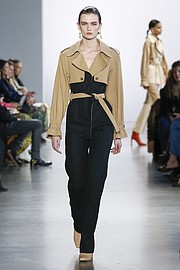 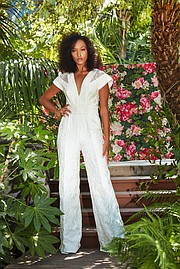 During New York Fashion Week’s latest run, Sept. 13–17, designers took new approaches to showcasing their fashions. Due to the continued challenges stemming from the COVID-19 pandemic, guidelines on gatherings, quarantines and travel meant the typical NYFW could not be held onsite.

Many designers, including Tadashi Shoji, unveiled their latest collections through video presentations with models wearing garments in alluring locations. For Shoji, that meant filming in a tropical-forest setting in which he showcased his formalwear, which featured delicate laces, expertly crafted ruffles and sheer overlays.

Jonathan Simkhai reimagined his Fall 2020 collection as a fashion film featuring models in cozy garments that boasted unique details on updated trench coats; fringe-lined, ankle-length skirts; and a bit of romance. Focusing on taking the season “step by step,” Simkhai noted that coming together as a worldwide society is crucial to the well-being of the global population.

Following the debut of her first swimwear collection at Paraiso in August, Lavie by CK’s Claude Kameni unveiled her ready-to-wear 2020–21 collection, named Mind Your Business. The collection was created with a confident consumer in mind, yet Kameni noted that confidence is for everyone and everybody, which led her to design pieces in comfortable fabrics that complement all shapes.

Kenneth Nicholson released his short film “Grasp,” which tells the story of a character who wakes from a dream and eventually goes about his day to experience the world around him while the entire cast wears the designer’s latest garments. His first filmmaking experience, Nicholson maintained his commitment to family by including in the film his two daughters, Rosaline and Echo, and a cameo by Houston Ballet star Harper Watters, from the designer’s hometown, who has also appeared on the runway for the Autumn/Winter 2020–21 collection.