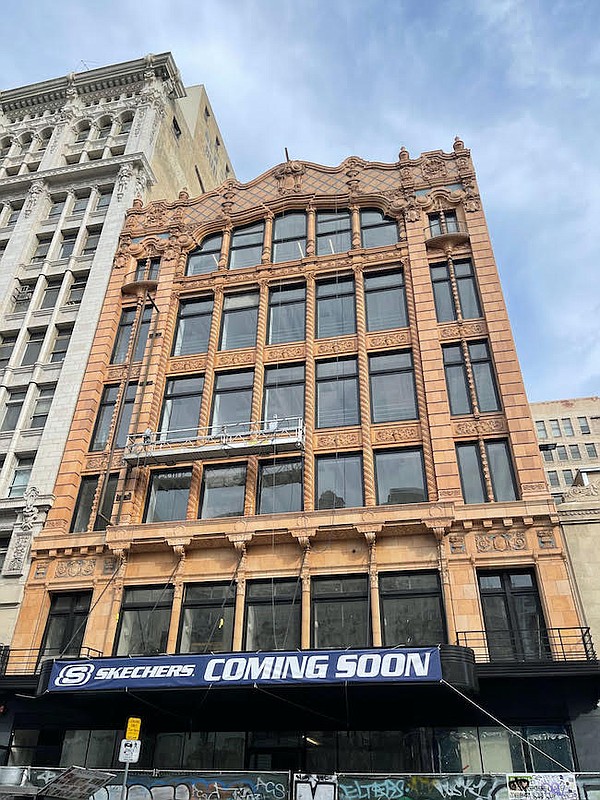 Exterior of the upcoming Skechers store in downtown Los Angeles.

The new Skechers shop will be located on the 600 block of South Broadway in downtown. It will be located on the site of a building that was the address to the Desmond’s department store, which enjoyed an almost 60-year run from the mid-1920s to the early 1980s. The Omgivning architecture firm has worked on the renovation of the building.

The upcoming Skechers store is adjacent to the flagship for Jumpman L.A., which is owned by Nike. By press time, Skechers did not return requests for comment regarding the new store.