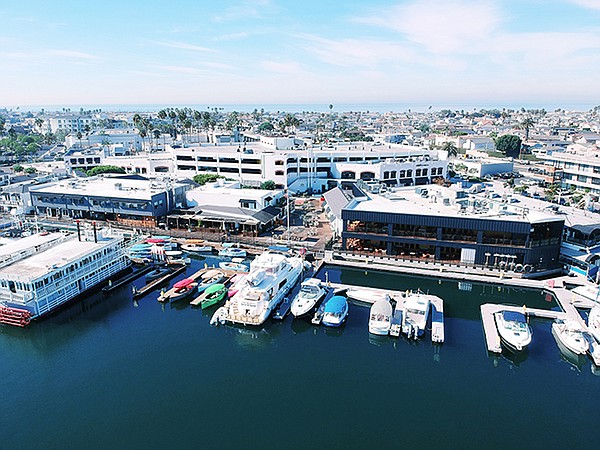 Lido Marina Village is set to renovate the property’s 15,000-square-foot boardwalk as well as 32 boat slips along the space.

DJM, a lifestyle-retail-center developer with offices in Los Angeles and San Jose, Calif., recently announced a $70 million recapitalization of its Lido Marina Village retail center in Newport Beach, Calif. Some recapitalization funds will be used to pay off an existing loan; more will be used to finance the renovation of a 15,000-square-foot boardwalk on the waterfront property as well as 32 boat slips along the property’s boardwalk. The financing was assembled by Prime Finance and Arc Capital Partners, said Neville Rhone Jr., Arc Capital Partners’ co-founder and managing partner.

“The DJM team has done an incredible job of redeveloping and remerchandising Lido Marina Village,” Rhone said. “The property is a best-in-class example of a dynamic mixed-use environment, and we look forward to its continued success as a magnet for the many people who live in and visit Southern California.”

The renovated boardwalk and slips will give more strength to the open-air Lido Marina Village’s mission. Since it officially reopened in 2016, the 116,000-square-foot retail center aimed to give its visitors experiences one could only get through visiting a DJM property, said Lindsay Parton, the company’s president.

“It’s been a tough year for our industry,” he said of navigating the COVID-19 shutdowns. “But people are seeking experiences that are safe. Having centers that are outside-focused is what keeps people going out.”

Parton forecasted that people taking yachting trips around Newport Beach’s Balboa Bay would anchor at a Lido Marina Village boat slip and spend a few hours dining at the center’s high-end Japanese restaurant Nobu or farm-to-table restaurant Malibu Farms. They also can shop at boutiques such as Elyse Walker, Cynthia Rowley, children’s swim store Minnow or luxury-consignment retailer The RealReal, which officially opened Feb. 5 and moved into a larger space, also located in Lido Marina Village, on April 15. There’s a significant delegation of fashion retailers at the center including Eberjey, Faherty, Jenni Kayne, Velvet by Graham & Spencer and Alchemy Works Harbor House, which was founded by Parton’s son Raan and his wife.

Parton forecasted that the major project would be finished in summer 2022 and that it would shake up the former center’s layout. It will take 150,000 square feet from the center’s sprawling retail space and devote it to creative offices. Around 375,000 square feet of the upcoming remodel will be devoted to retail.

“It’s a diamond in the rough,” Parton said. “It’s a big, complicated project, which makes it very exciting.”

At the Village Del Amo retail center in Torrance, Calif., DJM is scheduled to open a Hannam Market, a chain focused on selling Asian goods. Village Del Amo is located across the street from the sprawling Del Amo Fashion Center mall.

During summer 2021, there are plans to open a new retail concept called Free Market at Runway Playa Vista, a retail center near Los Angeles International Airport that DJM redeveloped. In 2019, the first Free Market store was opened in Denver and was produced by Raan Parton and his wife, who also happens to have the first name Lindsay, and their business partner, Paolo Carini. The shop will produce pop-ups for direct-to-consumer brands and environments for established retailers, as well as event spaces and several leading food and beverage experiences.