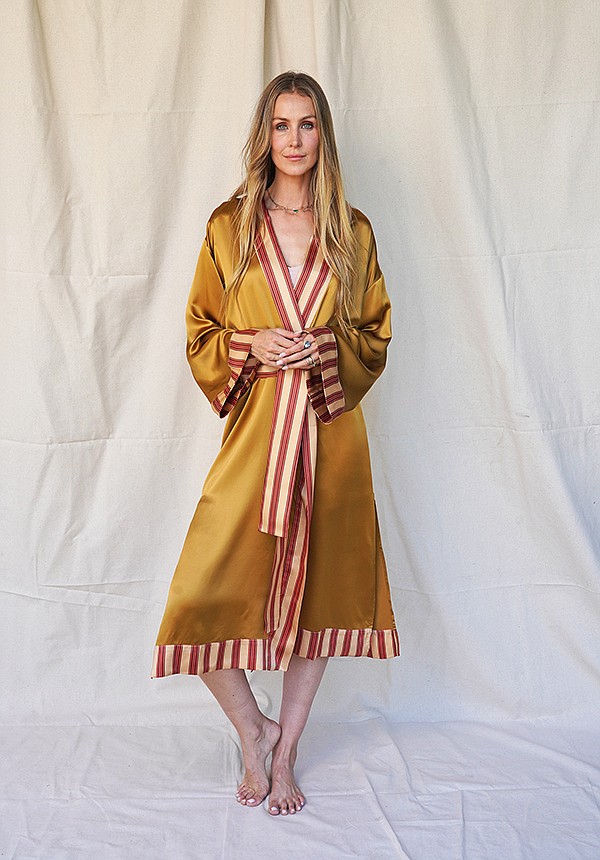 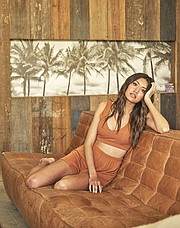 Launching in 2017 originally to serve the denim needs of tall women, Midheaven has branched out to include loungewear, activewear and swim, as well as expanding its brand sizing. | Photos courtesy of Midheaven

After launching in 2017, the Kathryn Brolin–founded Midheaven Denim brand set off on a mission to create denim pieces for tall women. Standing 5 feet, 11 inches, Brolin is familiar with the struggles tall women encounter when shopping for the perfect jeans. Nearly five years later, Brolin has dropped the word “denim” from the Midheaven name and refocused the brand’s mission on providing garments across a number of categories following its continued growth.

“Our customer base was of a certain niche who supported us through [the COVID-19 pandemic]. It continued to grow organically based on what people were asking for, which has been really nice,” Brolin said. “We noticed that people were asking for certain things, and out of that has become what we really wanted to do, which was not limit ourselves by calling ourselves only a ‘denim brand.’ ”

Looking toward future categories such as sleepwear, activewear and swim, part of Midheaven’s rebrand includes loungewear, which was a shift based on demand during the pandemic. The brand expanded into loungewear by introducing bralettes and shorts with soft recycled cotton in sizes S-XL that are made in Los Angeles, remaining with a domestic-production mission that has been a part of its ethos since the denim launch. This new category also includes T-shirts, roomy tie-dyed hooded sweatshirts and matching wide-leg sweatpants, a crop hoodie sweatshirt and matching pants—all made from deadstock.

Sustainability has remained a tenet of the brand from its roots manufacturing its denim in Los Angeles using Candiani denim fabrics that rely on BCI cotton, waste recycling, a healthy work environment and fair-labor practices, including wages.

“Everybody who shops with us who has been around since the beginning knows that we will always have denim as the cornerstone of our business,” said Brolin. “Our loungewear was something our customers were asking us for because they were quarantined at home. It was a place I really wanted to go anyway.”

Through a partnership with interior-design brand Pierce and Ward, Midheaven released a luxurious 100 percent imported European-silk robe with the apparel brand’s signature stripe. The lounge collection is priced from $72 for a T-Shirt to $395 for a robe.

“We thought that we were going to slowly roll these out because we are not known as a brand that carries silk anything, and they immediately sold out. We’re back in production on them again,” Brolin said. “It feels like the little engine that could is. With each order that we place with our manufacturers, it grows in quantity, so that is a really nice feeling.”

Another element of the Midheaven shift was expanding the brand’s sizing. Originally Midheaven Denim produced goods in sizes 25–33. As the brand began to work under a collaboration with designer Cynthia Rowley, it started to expand its sizing, now offering goods in 24–40 through its site, midheavendenim.com, and a Malibu, Calif., bricks-and-mortar location.

“What was formerly only a denim brand for tall girls is no longer just for tall girls, and it’s not just a denim brand,” Brolin said. “We see that a lot of our competitors don’t have the extended sizing our customers are asking us for. We wanted to be a place where anybody who has any body can shop.”