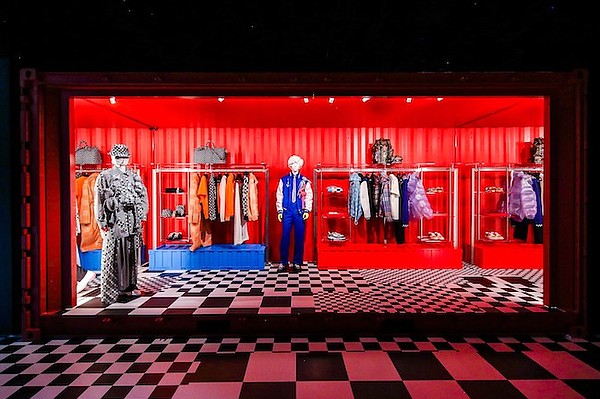 The Louis Vuitton’s Men’s Spring Summer ’21 collection checked into Beverly Hills for an extended stay. What the celebrated fashion house dubbed as the Louis Vuitton Men's Temporary Residency for the collection opened at 468 N. Rodeo Dr. on Feb. 5. It’s housed in a two-story building that is eventually slated to turn into a hotel owned by LVMH, the fashion house’s parent company. 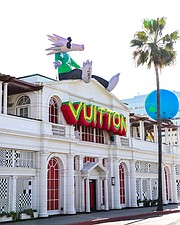 The exterior of the Rodeo building is decked out with red shipping containers and a giant Macy’s parade-style balloon figure of Joe, one of the collection’s cartoon-figure mascots.

Inside the building, there’s a street-level room, which features 119 pieces in the Men’s Spring/Summer ’21 collection that includes suiting, letterman’s jackets, sweaters and sneakers. The collection features black-and-white checkerboard designs inspired both by Louis Vuitton designs and ska music, which is a favorite sound of Virgil Abloh, Louis Vuitton’s Men’s artistic director. Other looks include red, yellow and green sweaters inspired by reggae music, another of Abloh’s favorites, as well as the colors of the Ghanian flag, the West African country where the designer's parents were born. Select pieces are constructed from with upcycled, or reused materials. 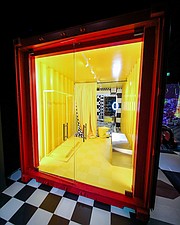