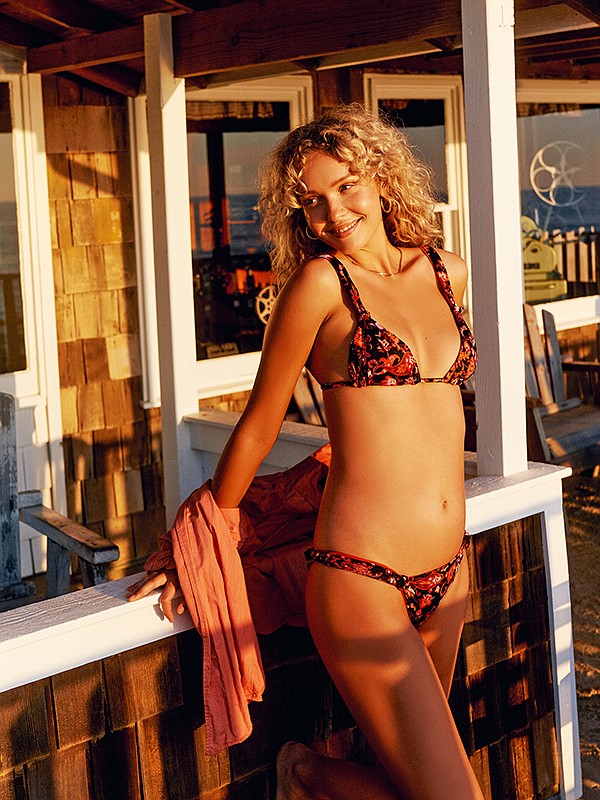 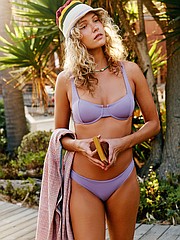 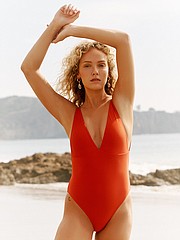 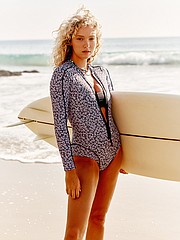 A made-in-California brand, Zonarch recently debuted a new collection in December, seeing the opportunity to fulfill the seasonless appeal of swimwear.

For years, Geneviève Andre de la Porte dreamed of bringing a sustainable, direct-to-consumer swimwear brand to market. She was originally scheduled to unveil Zonarch in March, but as state and local governments issued stay-at-home orders she thought it prudent to postpone the launch date, not the least because her sources for regenerated nylon fabrics had to close their factories, and other factories she worked with shifted gears to making personal protective equipment.

On Dec. 15, the Belgian-born designer and entrepreneur unveiled Zonarch, a Newport Beach, Calif.–headquartered swimwear brand on her direct-to-consumer website, zonarch.com, with the reasoning that in the past decade swimwear has increasingly become considered a seasonless category.

“You can wait for the next best moment,” she said. “But you wonder what you are waiting for. I saw an opportunity in launching now. To simply go ahead and start getting feedback from customers, which so far has been overwhelmingly positive. Once the high season does come, you have developed a groundswell of customer relationships and have worked every day to get better and stronger as a business to serve your customers as best as possible,” she said.

Some time in the future, she hopes to wholesale Zonarch to physical boutiques and to high-end, digitally native retailers. However, she intended the new swimwear brand to be primarily a direct-to-consumer venture that would present an alternative.

Most swimwear, like most apparel, is manufactured overseas. Zonarch is made in California by workers who are compensated with a fair wage, Andre de la Porte said, using recycled nylon manufactured in Vietnam. Retail price points range from $124 for one-pieces to $144 for bikini sets, which she says is 50 percent less than competing contemporary swimwear brands. She raised a seed round of funding from friends and family to finance the venture.

Looks include the Joan bikini set—a triangle top and bottom that can be adjusted to fit the wearer’s coverage preference. The Stevie rash guard and the long-sleeve Banks one-piece feature design elements such as thin contrast piping.

Zonarch’s one-pieces also feature the Holiday silhouette with a V-neckline and the Yoko one-piece with a square neckline. The suits come in prints as well as solids in lilac, black and burnt red.

Andre de la Porte also plans on offering a generous return plan and will personally serve as zonarch.com’s style consultant and conduct Zoom sessions with those looking for help with fit.

Growing up in Antwerp, Belgium, Andre de la Porte spent years making amateur sketches for swimwear. As a youth, she trained to be a competitive gymnast and spent time in America vacationing with members of her family who lived in the Pacific Northwest. She became an aficionado of surf and skate culture and fell in love with the California sun, which led her to attend college at Chapman University in Southern California.

Inspiration for her brand’s name comes from her Belgium and California roots. Zon is the word for sun in Flemish, one of the official languages of Belgium. Arch is for curves in design. Together, the two words tell the story of human curves under the sun, she said.

In college, she served as an e-commerce director for the swim brand Mikoh and later the açaí foods company Sambazon, where she worked in digital marketing and became inspired by the brand’s drive to be successful but also work to support different causes.

Andre de la Porte said that she would give proceeds from her sales to groups including the American Civil Liberties Union, 1% for the Planet and Room to Read.

In upcoming seasons, she plans to roll out sustainable men’s swim lines as well as apparel and accessories.