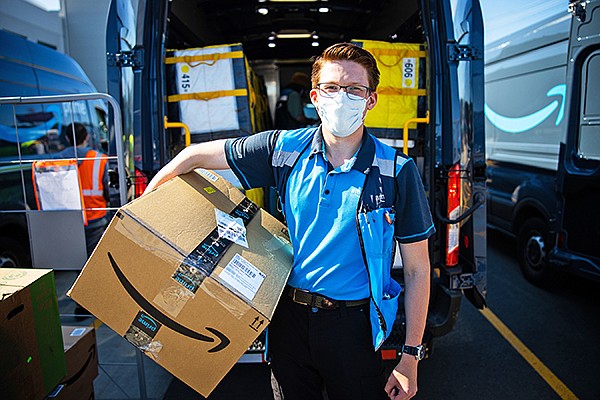 The annual event all Amazon Prime members look forward to every year—Prime Day—took place June 21–22. The famed, almost holy, day that launched in 2015 is rife with big deals and incredible savings on everyday items from fashion and furniture to electronics. The 2021 Prime Day began at 12 a.m. PDT on June 21 and offered more than 2 million deals in more than 20 categories of items over 48 hours of epic savings.

The first Prime Day was held on July 15 and took place over 24 hours. The company’s only goal was to offer better deals than Black Friday exclusively to Prime members, who would spend up to $119 on a membership to subscribe to the savings. So what happened during that first Prime Day? A lot, it turns out.

Prime members bought more items during the sale than on Black Friday 2014—the biggest Black Friday ever for Amazon. Members also ordered more than 34.4 million items, or 398 items per second. Hundreds of thousands of Amazon devices were ordered, making it the largest device sales day ever, and Amazon sellers using Fulfillment by Amazon saw record-breaking unit sales grow nearly 300 percent worldwide. In short, Prime Day was a success, and it’s only gotten better since.

This year, Prime Day made an earlier-than-normal appearance after Amazon bumped it up from its normal slot in July to June. During Prime Day 2021, in addition to over 2 million deals, Amazon also announced that it would spend more than $100 million to “fuel the success of small businesses selling on Amazon, including promotional activities to encourage customers to shop with them.”

Amazon also made a major push to focus on itself. 1010data, a provider of analytical intelligence to the financial, retail and consumer markets, released a 2021 “Amazon Prime Day Primer” focusing on Amazon’s private-label merchandise, which took center stage during this year’s event.

1010data estimated that Amazon generated $8.1 billion in private-label sales in the United States in 2020, an increase of nearly 50 percent over 2019. These private-label Amazon goods continue to see yearly success. Not only is Prime Day Amazon’s biggest chance to showcase its private labels, but Amazon’s brands have also achieved annual sales growth averaging 39 percent over the past four years. These goods made up 6.6 percent of Amazon’s total first-party sales, an increase of 5.1 percent over 2017.

Despite a consumer base that is still recovering from the effects of COVID-19, Frank Riva, vice president of marketing for 1010data, said the expectations for Prime Day are still high.

“Expectations are for another strong year,” Riva said. “One of the big things to watch is which categories will see the largest increases [and] decreases. Given so many big-ticket items were purchased last year during the pandemic, it will be interesting to see how those same products [and] categories fare this year—are shoppers looking for other items as they already fulfilled their large purchases last year?”

Riva also added that Amazon is just taking part in “good old-fashioned retailing” when it comes to pushing its private labels.

“Private-label goods have always allowed retailers to make a higher profit and/or to use as a loss leader,” Riva said. “Originally, some Amazon brands were offered to drive sales of other items—for example, Kindles being sold inexpensively to drive sales of Amazon book downloads, which represented higher margins and longer-term value. Today, given Amazon’s growth and reach, it makes sense for them to expand into other categories.”

Amazon diversified its approach this year and previous years by branching out from its electronics brands of Echo speakers and Kindle tablets and Fire TV sticks. Although those represented a large portion of the company’s private-label sales, Amazon has been adding other items such as jewelry, furniture and grocery.

“Their brands are highlighted prominently in suggested-deal carousels, promotional homepage banners, email marketing and search-rank priority,” Riva said. “Given that they own the platform, they can dictate where/when their branded products are displayed and promoted to shoppers.”

The results have spoken for themselves with some of Amazon’s private labels seeing exponential growth year over year. Its commercial-supplies line, which launched in 2019, saw sales surge—partially fueled by the pandemic—by 16-fold in 2020. That same year, private-label apparel and footwear sales climbed 72 percent, and furniture and décor increased by 39 percent, while jewelry grew by 28 percent. The increase and diversification of other goods have also led to the decrease in electronics sales—something Amazon is aiming for—from comprising 76 percent of its private-label sales in 2017 to 56 percent in 2020. The number is expected to drop again this year.

Although Amazon doesn’t reveal Prime Day numbers, the U.S. market spent more than $11 billion during the 48-hour sale according to the Adobe Digital Economy Index, the software company’s tool that analyzes terabytes of Adobe analytics on digital commerce trends. The total spending during Prime Day was a 6.1 increase compared to Prime Day 2020, when consumers spent $10.4 billion in total online revenue.

However, the average Prime Day order was down in price from $54.64 last year to $44.75 this year, an 18 percent decrease. It was an even larger 24 percent decrease from $58.91 in 2019. Amazon did confirm that Prime members purchased more than 250 million items during its sale.

1010data will be releasing another in-depth report in August on the analysis and performance of Prime Day 2021.