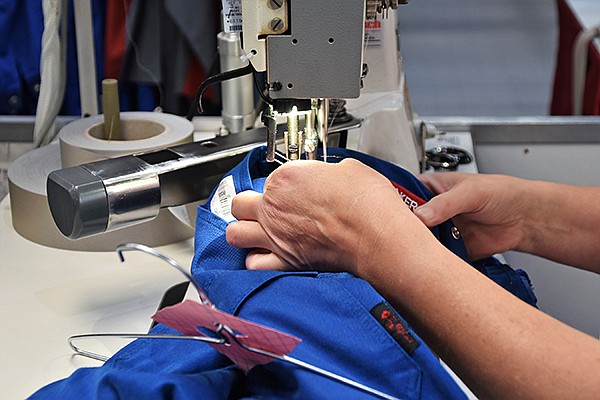 Following a June 22 8-3 vote by the California Assembly Judiciary Committee, the Garment Worker Protection Act, or SB 62, has moved toward the Assembly Appropriations Committee. | Photo courtesy of Waldemar Brandt / unsplash.com

“Today’s vote means California is one step closer to respecting the dignity of our garment-industry workforce, which has been exploited for far too long,” Durazo said in a statement. “Many of L.A.’s garment makers work 60 to 70 hours per week while receiving far below state minimum wage with no breaks. We want L.A.’s fashion industry to be prosperous but not on the backs and at the expense of hardworking men and women.”

Co-sponsored by the downtown Los Angeles labor-advocacy Garment Worker Center, SB 62 would abolish piece-rate work in California’s apparel industry in favor of a minimum wage. A more-controversial component of the bill would hold retailers accountable for unpaid wages when they work with subcontractors that produce goods sold at their stores. For many apparel-industry advocacy groups including the American Apparel and Footwear Association, the bill is seen as hurtful to the fashion business.

“AAFA and its members strongly support the protection of labor rights and the improvement of working conditions for all workers in the apparel and footwear industry,” said Nate Herman, AAFA senior vice president of policy. “Although well-intentioned, the bill, as currently written, would impose unprecedented joint liability on businesses with no control over garment workers. If this provision becomes law, it would drive garment manufacturing out of California and lead to the loss of jobs in California’s garment-manufacturing sector. This is because companies doing the right thing, paying prices that ensure decent wages for workers, will be held liable for companies that intentionally try to do the wrong thing.”

For supporters of the bill, the legislation is viewed as a welcome change that affords greater financial security and gratitude for the essential work performed during the COVID-19 pandemic.

“Even as these workers dedicated themselves to producing life-saving PPE, the pandemic has only worsened the exploitation they face,” said Manuela Boucher de la Cadena of the California Labor Federation in a statement. “SB 62 will ensure that garment workers are granted the protections they so rightly deserve, including fair wages, and will hold manufacturers and retail brands accountable for their role in the abuses garment workers suffer daily.”

California Fashion Association President and apparel-industry veteran Ilse Metchek feels that the bill’s foundation is built on requirements by existing legislation that is simply not enforced.

“I don’t see how they are going to appropriate more oversight when there is no oversight of the existing law,” Metchek said. “In general, the law, as written, does not bring in any appropriations. How is the state going to find the same contractors they haven’t found since 1995?”

Metchek has heard from many CFA members who are opposed to the bill, as they fear retailers will seek goods from outside the United States. While Metchek understands the workers’ concerns, she feels there is a better method.