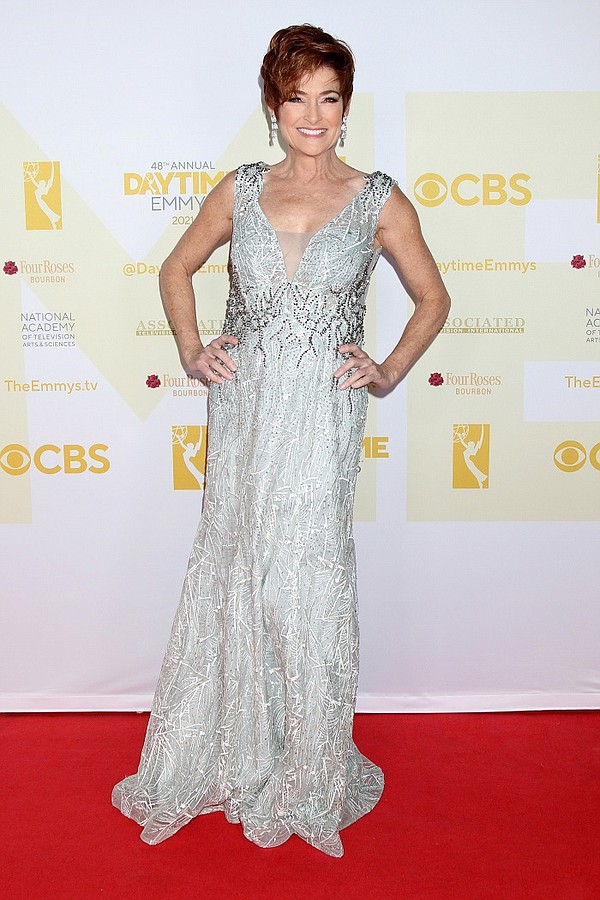 At Pol' Atteu Beverly Hills, business is beginning to boom for the 28-year-old boutique, following a year that included shifting from creating custom gowns for a discerning clientele to making COVID-19 face masks, in addition to recovering from the destruction due to civil unrest that took place during May 2020. While Atteu is still making masks, the designer and his husband—Pol’ Atteu Beverly Hills Vice President—Patrik Simpson, are enjoying the fruits of a return to glamour as award ceremonies host on-site events and couples begin planning in-person nuptials.

“We’ve been open for about three months. It was very quiet when we first opened with hardly any business,” Simpson said. “We’re still making masks out of designer fabrics and that was our main business. When things started to really open, all of our clients that last year had to reschedule all of their weddings and their events all just started coming in and we’ve been nonstop. We’re doing 12 different events in the next month, two months to three months. Everyone is getting married now.”

The shop, located off of Rodeo Drive at 9414 Dayton Way has afforded the glamorous custom formal designs that consumers seek following a year of dressing down. With his talents for creating garments by hand and a personality that feels more in tune with a friendship than a sales approach, Atteu has successfully returned to garment making with a business that isn't found elsewhere.

“He does everything by hand here in Beverly hills,” Simpson explained. “They love him because they feel the best dressed and they know he genuinely cares about how they are going to look and feel. It’s really funny I hear him say this to clients all the time ‘Have fun! I don’t care if someone steps on your train. If you want to dance and you get a rip in it, whatever, just bring it back afterward and I’ll fix it.’”

True to his word, Atteu does fix the damage to his gowns following an event. One mother-of-the-bride mentioned that she would never have an opportunity to wear her gorgeous gown again following her child's wedding. The designer took the gown following the wedding and transformed it into a cocktail garment for his client. Simpson notes that the quality of Atteu's work, coupled with scarcity of these garments has resulted in more attention being given to the fashion investment offered through the boutique.

“Most of the smaller shops don’t have their own actual brand, they just bring in other designs,” Simpson explained. “China has been closed for so long manufacturing wise, so they have nothing. [Customers] are coming to us because he offers one-of-a-kind custom beautiful gowns. Something no one is going to have.”

Despite the increase in wedding business, Pol' Atteu Beverly Hills is also catering to its clientele that includes actors, celebrities and entertainers. Dressing multiple actors for the recent 48th-annual Daytime Emmy Awards, Atteu's clients included Sydney Mikayla, Victoria Konefal and Carolyn Hennesy. The brand will now turn its focus toward the Emmy Awards, which will be hosted Sept. 19, in addition to working on the third season of “Gown and Out in Beverly Hills,” which streams on Amazon Prime Video.