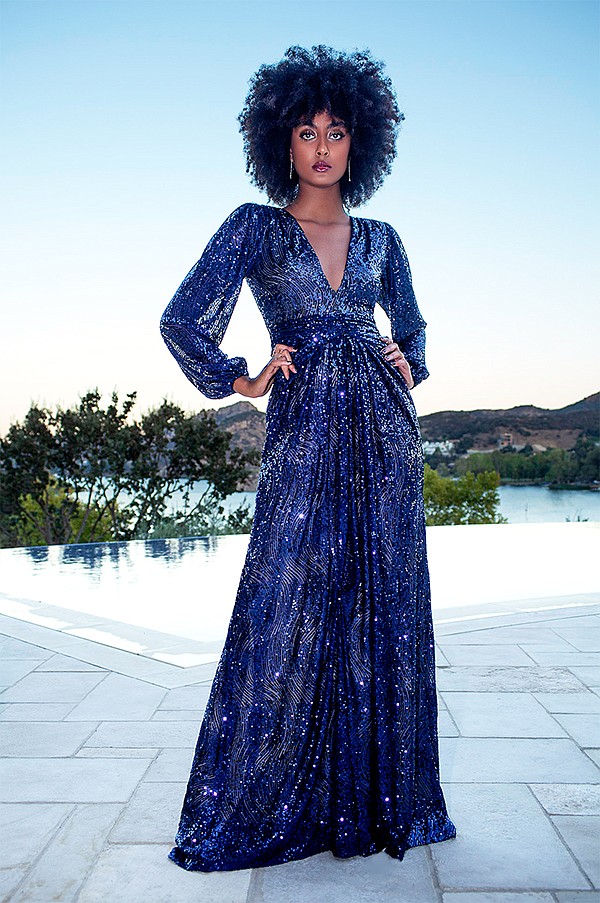 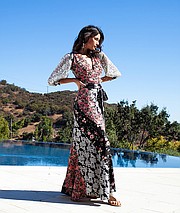 Veteran Los Angeles designer Kevan Hall released his first fashion film, “Together Again,” on Runway360, a website produced by the Council of Fashion Designers of America.

The 7-minute, 30-second film was produced in place of Hall’s in-person runway show during New York Fashion Week. It debuted Feb. 16 and could be used on several different platforms ranging from Runway360, where it continues to be webcast, to his own brand’s social media.

“Taking a look at what was going on in the world, I was thinking of how I could present my collection without going to New York Fashion Week and doing trunk shows,” Hall said.

Hall filmed “Together Again” at a friend’s Tuscan-style villa in Westlake Village, Calif. Models of various ages and ethnic backgrounds were hired to tell a story of how a gathering of friends might appear when pandemic restrictions are eased. “It’s a look forward to a more-optimistic time,” Hall said.

In the film, a group of friends play a game of hide-and-seek and stumble upon a closet filled with styles from the Kevan Hall Signature line and the capsule collection Luxe Leisure. The models try on the clothing and produce an impromptu runway show by the poolside, later reviewing footage in the villa’s screening room.

Twenty-five looks were shown, including tunics, caftans, maxi dresses and gowns. Retail price points range from $325 to $1,400 for the Luxe Leisure capsule collection and $700 to $4,000 for the Kevan Hall Signature pieces on the designer’s direct-to-consumer channel, kevanhalldesigns.com, and at select independent retailers.

Hall’s family comprises a number of creatives. His brother Vondie Curtis-Hall acted in films including the 2019 epic “Harriet” and “Baz Luhrmann’s Romeo + Juliet” and on television programs such as “ER.” His sister-in-law Kasi Lemmons is a director who has led projects including “Eve’s Bayou” and “Harriet.”

Hall screened the film for his family and asked for frank feedback. He was pleased when the constructive critiques covered only sound mixing, which he said gave him the confidence to try again.

“I feel like I got the directorial bug,” Hall said. “I want to do it every season.”