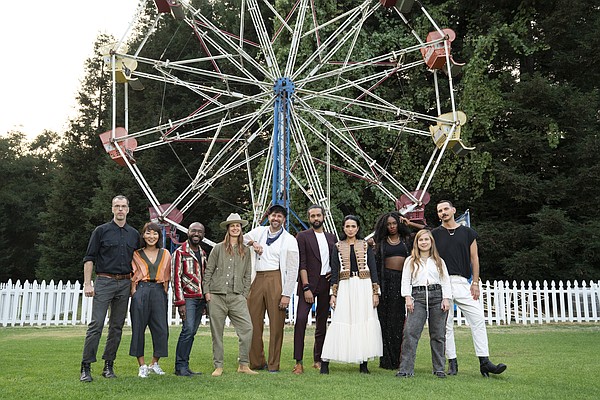 With its second season scheduled to premiere July 16 on Amazon Prime Video, “Making the Cut” recently announced the 10 designers who are participating in the competition for $1 million and a mentorship opportunity with Amazon Fashion.

The weekly show, which is hosted by Heidi Klum and Tim Gunn, includes a judging panel made up of model Winnie Harlow and Moschino Creative Director Jeremy Scott and guest judges designer Prabal Gurung and stylist Shiona Turini.

During the show, which was filmed in Los Angeles, the designers are tasked with not only showcasing their capabilities in design but also illustrating their abilities to successfully manage a fashion business. Following each episode, the winning look from each week will be sold exclusively through the Amazon Fashion “Making the Cut” store. Due to the two-day sell-out of season one’s designs, season two’s offerings will be offered through increased availability.

The eight-episode series is being released as two shows each week with the production ending on Aug. 6 with a grand-finale runway event.