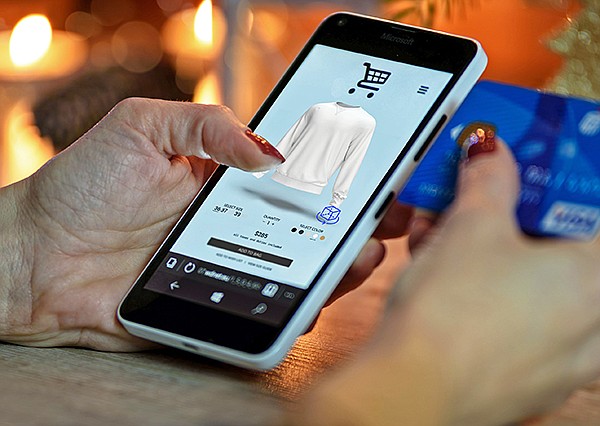 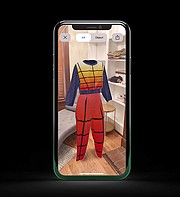 With 3D technology surging for apparel-related applications, Vntana has created software that can be integrated into PLM solutions, lending manufacturers the ability to compress large files, save on time and costs, and reduce their carbon footprints.

Auto companies use three-dimensional imaging when designing cars, so it was only a matter of time before fashion companies made widespread use of 3D imaging, said Ashley Crowder, co-founder and chief executive officer of Vntana, a Los Angeles–based software company that focuses on making 3D imaging scalable for e-commerce, social media and other ventures.

“3D is changing everything. 3D is enabling people to fully replace physical prototypes, which saves on costs. It decreases carbon footprints. It speeds up time to market,” Crowder said. “A lot of brands have started designing in 3D. The problem is that those files are way too big and not easily shared. They don’t meet the standards for web, mobile and social media.”

Vntana’s algorithms compress 3D images, which are giant digital files. Its service attracted the attention of PTC and led the technology company to pitch Vntana on a collaboration. “PTC knows that 3D impacts the entire product life cycle. From designs to manufacturing to sales and marketing, enabling 3D at scale was a major priority for them. This integration allowed them to quickly integrate the 3D solution and allow brands to access 3D for the entire retail value chain,” Crowder said.

Fashion is ready for 3D imaging, said Bill Brewster, senior vice president and general manager of PTC’s retail business unit. “Accelerated by the COVID-19 pandemic, e-commerce has quickly become the dominant mode of retail at the same time that supply-chain disruption created an acute need for remote visual collaboration, forcing brands and retailers of all sizes to rapidly increase their use of 3D assets for design, development, and digital engagement and sales,” Brewster said.

PTC has been developing a focus on the fashion market in the past few years. In 2019, it acquired Onshape, a software-as-a-service development platform that offered computer-aided design software with data-management and collaboration tools.

3D imaging and related fields of augmented reality and virtual reality are new frontiers for fashion. Digital retailers and those creating content are monitoring new developments in the field, said Aaron Levant, CEO of NTWRK, a Los Angeles–headquartered content and e-commerce company. He also was the founder of the Agenda trade show, focused on streetwear and fashion.

“We’re going to see disruption with all of these new emerging technologies with fashion and retail,” Levant said. “It will change the omni-channel experience.”

3D imaging has been growing in prominence. Earlier this year, Snap, the parent company of the Snapchat messaging app, acquired the British artificial-intelligence company Ariel AI, whose AR technology can insert a 3D model of a human into a camera’s view in real time.

The fashion world has seen a surge in experimentation with 3D images and virtual runway shows. During Milan Fashion Week in September 2020, the Moschino fashion house produced a virtual show for its Spring/Summer 2021 season. It webcast a video in which marionettes made by Jim Henson’s Creature Shop walked a virtual runway. Prada, Balmain and Balenciaga also produced virtual fashion shows for their Spring/Summer ’21 collections.

Manufacturing is another frontier where 3D imaging has been making advances. Designers have manufactured jewelry, clothing and footwear with 3D printing. With this new technology, 3D product designs can be electronically transferred and downloaded. 3D printers can print on materials such as metal, compared to traditional manufacturing where tools have to be created to develop molds that could make items such as jewelry and accessories. Also, advanced clothing printers can be fed fabric and an electronic 3D file, which can be used to make a dress or a blazer, said Jonah Myerberg, chief technology officer of Desktop Metal, a Boston-area company whose customers use 3D printing to make jewelry.

He said that 3D printing would cut down on shipping times as well as expand the potential of how designers work with manufacturers. Designers no longer have to confine their plans around traditional manufacturing constraints, he said. Rather, 3D gives the designer the ability to build an item directly from a digital product. “You no longer have to ship the finished product. If they prefer, customers can buy designs directly and have them shipped so they can print themselves,” Myerberg said. “3D printing offers the economics and efficiency that we need to reshore manufacturing in the U.S.A.”