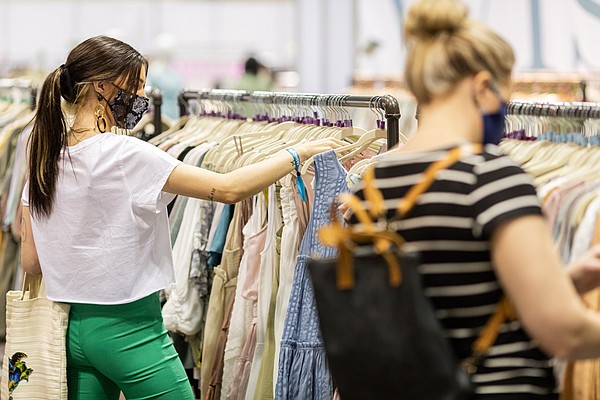 With Informa Markets Fashion continuing to evolve and grow its 2021 business, the trade-show producer is expanding its MAGIC event, which will debut a New York edition this September. Hosted Sept. 19–21 at the Javits Center in New York City, MAGIC New York will establish a presence that provides exposure to different categories than the flagship MAGIC event held semiannually in Las Vegas, scheduled to be produced Aug. 9–11 at the Las Vegas Convention Center. While MAGIC New York will also follow a biannual schedule, it will differ from its Las Vegas counterpart by featuring women’s and children’s brands that were previously showcased during Fame, Moda, Children’s Club and Sole Commerce.

Buyers who attend the new East Coast edition will also be afforded the opportunity to visit the Informa women’s apparel, footwear and accessories event Coterie New York, which will be hosted concurrently at the Javits Center. During the MAGIC New York show, visitors will find categories including young contemporary, sportswear, trend, footwear, accessories and children’s in addition to a new space dedicated to promoting the work of emerging designers. Through launching its MAGIC brand on the East Coast, Informa is affording opportunities for buyers to discover new product and expand private-label resources at lower minimums while brands will gain access to an expanded pool of new accounts in unexplored territories.

“Presenting a focused edition of our flagship Las Vegas event in a new, key market is part of our aim to generate more-diverse avenues of connection and commerce for our community,” said Vice President of Events at MAGIC Jordan Rudow. “While offering the same comprehensive selection of brands and categories previously showcased at our New York–based events, MAGIC’s expansion and new home in the New York market will gather a larger cross section of the industry, giving our buyers the ability to shop a wider selection of brands and at a variety of price points.”

In the true spirit of MAGIC, the New York event will also feature networking opportunities, activations and educational sessions led by industry experts. From veteran businesses to newcomers, the schedule of programs, which will be announced over the next few months, will include sessions that are relevant for every type of fashion operation.