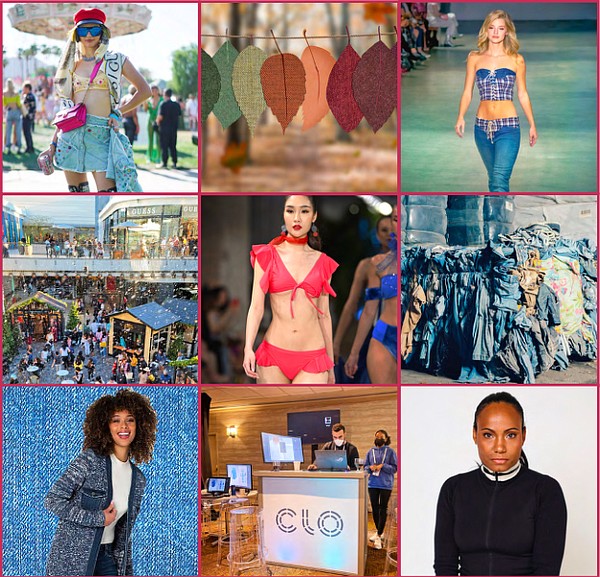 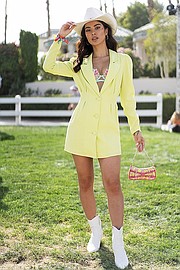 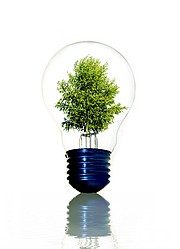 Industry Focus: Sustainability—What is the biggest accomplishment in fashion sustainability that has been achieved over the last five years and what are the next steps to expand upon it?

Despite its once fringe status, sustainable living has reached closer into the mainstream fashion market, and what was, in the past, a lifestyle choice has now become a necessity. On Feb. 27, the United Nations Intergovernmental Panel on Climate Change released its report, “Climate Change 2022: Impacts, Adaptation and Vulnerability,” which identifies how the climate crisis is headed toward an irreversible state that will change life for all beings on the planet.

Many brands, manufacturers, designers and supply-chain resources within the fashion industry are cleaning up their practices, step by step. Some have been proponents of sustainable practices since they founded their companies while others have been focusing on an approach that values progress over perfection. Reams d more 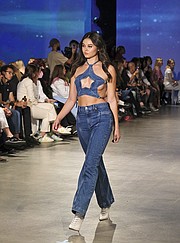 Hundreds of L.A.’s hottest and coolest fashionistas flocked to Hollywood for an evening of style Oct. 8, where emerging designers, influencers, media and industry elite gathered at the Lighthouse ArtSpace Los Angeles for the Moss Adams Fashion Innovator award.

The stage was set for the MAFI-award presentation to the California brand that over the last year significantly impacted the national marketplace. Seen as a leader in creativity and innovation Moss Adams presented the 2022 award to Revice Denim.

Shai Sundry, creative director, had this to say: “Getting the MAFI was an honor as Moss Adams is such a believer in and contributor to the apparel industry in Los Angeles. It’s a privilege to be recognized by such an influential company with such an important award.” Read more

According to the old song, it never rains in California, but the prospects for the Golden State are more optimistic. According to the forecast, “Strength in a number of sectors will buoy the economy, while increases in defense spending and demand for technology will likely keep it growing. The greatest risk to the state’s robust economy remains... Read more 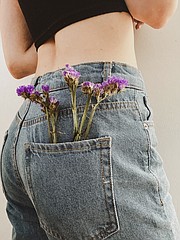 Current trends in designing, manufacturing and styling denim relay a sense of going back to the future as demand for vintage pieces soars. Denim experts are not only relying on textile sources from reclaimed pieces to create new designs, in addition to the artistry provided by workers, and washes and finishing that are more responsible, but they are also designing styles that speak to a consumer who values the aesthetics of classic features from previous decades or centuries.

This trend for making what was once old new again has also driven a booming resale market. Vintage connoisseurs and blue-blooded denim veterans on the sales side of the business have dedicated large portions of floor space to sought-after and, in some cases, the rarest pieces that can live on and be loved again. It is in these stores and spaces that denim enthusiasts can talk shop sharing trade insights, while newcomers to collecting can gain an invaluable education regarding this category that has drawn them in. Read more 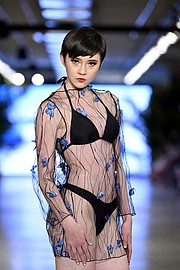 “Bringing fashion to life for the buyers and for key influencers of fashion stakeholders was very important to us,” said New Mart General Manager Tom Keefer. “Our goal is to embrace the latest innovations in fashion and technology and showcase them on the runway rather than separate fashion shows from the trade shows.” Read more 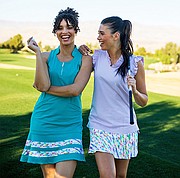 Looking stylish on the golf course has the amazing power to mitigate against the vicissitudes of this most maddening of games. And since the lines between work, play and dinner on the town have become as foggy as a morning in St. Andrews, Scotland, where golf was born, golf apparel is morphing into something that can be worn dusk to dawn for the active golfer.

At the recent PGA Show Buying & Education Summit, held July 11–12 at the JW Marriott Las Vegas Resort & Spa, one company in particular caught our attention for its versatile styling and impressive sales figures.

SwingDish was founded by Tricia Covel, wife of country star Toby Keith, and two daughters. The pandemic may have brought other industries to a screeching halt, but not golf, which was able to stop its declining participation numbers as it was a socially distanced outdoor activity. Forty percent of new golfers are now women, and SwingDish’s revenues are up a whopping 3,200 percent since the start of COVID. Read more 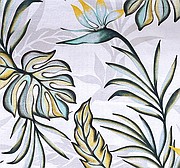 Textile Experts Weigh In on Sustainability and Circularity, Transparency and Accountability

At the foundation of every garment is a choice regarding fabrication. This commitment to a certain textile that relies on specific fibers helps to tell the story of a collection. From the early days of design and conceptualization to the arrival of finished apparel in stores or on a customer’s doorstep, fabrics define how a piece of clothing will be received during each step along the production process, in addition to how they will be received once released on the runway, to buyers at trade events and, ultimately, to the public.

While the heritage of quality and classic elements in textiles is enduring—transcending generations and seasonal style shifts—even the most venerable names in fabrics recognize the most important changing trends. Whether these changes occur in fiber, hand feel, texture or sourcing, they can help determine the direction of the industry. Read more 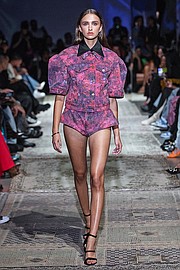 Along with the city that plays host to the event, LAFW has come a long way. And now it’s poised to become even more dynamic and impactful, thanks to new owners N4XT Experiences, who acquired the license from Arthur Chipman and partners in January and will present the first show under their direction beginning Oct. 6.

The California Apparel News caught up with LAFW’s new president, Ciarra Pardo, to find out what to expect for this fall and beyond.

CAN: This fall’s LAFW is billed as a relaunch. How so?

Ciarra Pardo: It’s a considerably reimagined experience. I’ve been in the industry almost 20 years and was formerly chief creative officer at Fenty, for example, which I started with Rihanna from the ground up. What for me was most exciting was figuring out how to... Read more

After the pandemic changed the nature of many businesses to embrace more-virtual settings, apparel companies and manufacturers have increasingly been looking for new and innovative technologies to help better serve clients and customers. PI Apparel Los Angeles 2022 took place at the Westin Bonaventure Hotel & Suites in downtown Los Angeles March 15–16, bringing together leaders from the apparel and footwear industries to discuss the challenges and technologies disrupting the industry. 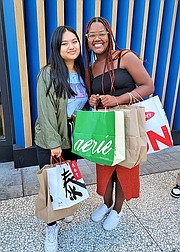 The Los Angeles shopping enclave Beverly Hills was buzzing with shoppers on Black Friday, especially on the famed and festively decorated Rodeo Drive. Foot traffic was robust as consumers filled the sidewalks and waited in line to enter stores such as Bvlgari, Cartier, Dior and Louis Vuitton. Consumers looked for luxury items, not necessarily deals. The overall sense was that shoppers made purchases for themselves first and then started their gift buying. Many targeted certain items while being open to new and unique products that caught the eye. Consumers said it felt good to be out again; get in the holiday spirit; Read more

The making of Circulose starts by taking cellulose-rich textiles (above), chomping them up in a shredder, refining them further and using a crusher to make pulp, which looks like big sheets of paper (below). Renewcell then sells the Circulose to fiber producers.

What is the future of fashion? No, not the next style but the actual process of making and selling it. Increasingly it’s looking like a new paradigm based less on the fast and disposable and more on the durable and recyclable.

Renewcell is a Sweden-based pioneer in turning old garments into new by breaking down apparel and textiles past their prime and turning them into pulp, or sheets of cardboard-like material branded Circulose that can be turned into fiber that could very well wind up in your next pair of jeans. It has already collaborated with companies as large as Levi’s and H&M.

On Nov. 10, Renewcell opened its first full-scale production plant capable of producing 60,000 tons of 100 percent recycled clothing per year. The California Apparel News caught up with Chief Commercial Officer Tricia Carey to find out more about what this new technology holds for closing the loop in the clothes-making process. Read more