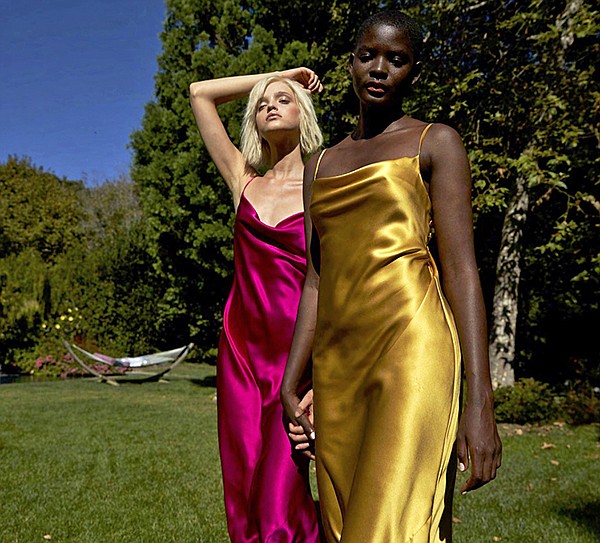 Celebrating his brand’s 40th anniversary, designer Allen Schwartz announced the acquisition of his Los Angeles label by New York–headquartered Five Oak Brand Management Advisors. The deal, announced Jan. 6, includes the acquisition of ABS by Allen Schwartz and all of its subsidiaries. Schwartz will remain as creative director for the contemporary brand. Financial details of the deal were not available at press time.

“[Five Oak Chief Executive Officer Simon Douek] just wants to take the baton and stay with it. It’s not that he wants to knock it down. He wants to make beautiful dresses and luxury sportswear,” Schwartz explained. “He has that entrepreneur way about him that I like. The big [mergers-and-acquisitions] guys just want to load up on the volume.”

Through Five Oak’s management of the brand, Schwartz will gain a partner that will lead it through licensing that aligns with the company’s vision of affordable luxury. Douek echoed Schwartz’s enthusiasm about working together as Five Oak prepares to establish a strategy for ABS by Allen Schwartz’s new chapter.

“We’re very much involved in the business of licensing and pairing manufacturers with licensees. I saw great potential for Allen’s brand to be licensed out to best-in-class manufacturers in different categories and to expand the brand not only here in the United States but worldwide,” Douek explained. “Allen is one of the most talented people I’ve ever met. He is very charismatic and outgoing. I was immediately drawn to him, his vision and his brand.”

For Schwartz, the deal also means his brand will now experience the influence of New York sensibilities for a label rooted in Los Angeles glamour. Under Five Oak, Schwartz hopes to increase the luxurious elements of ABS by Allen Schwartz while allowing it to remain accessible with evening gowns retail priced at $298–$498, jackets at $350–$450, lined blazers and pants at $200–$350, and blouses in silks and cottons at $150–$300.

“The acquisition and the fact that everything now will be based out of New York will increase the speed, the newness, and the product will be better than ever,” Schwartz explained. “I love the mantra of affordable luxury, but I will be able to give the consumer a better-quality product in New York with a faster turn.”

Noting that Schwartz “does things to the max,” Douek is focused on supporting the brand with the same commitment and dedication the designer embodied to grow his company over the last 40 years.

“You are going to see ABS by Allen Schwartz expand tremendously in the fashion arena, not only creatively but also the reach of the brand at retail,” Douek said. “Our philosophy is to continue to maintain the heritage of the brand, go back to its core, its DNA. Allen always made quality product at an attainable price. That is what we plan on doing.”