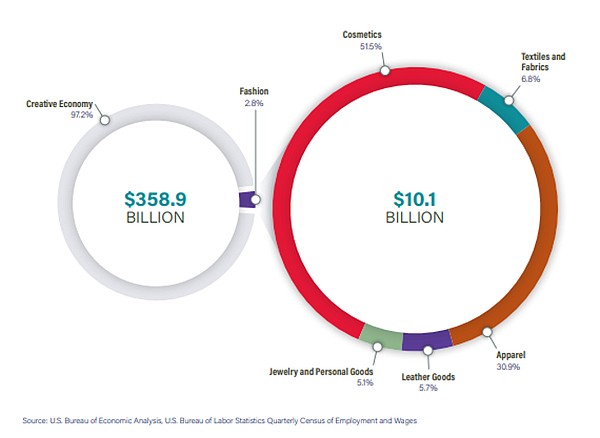 Now in its 15th year being published, a survey of readers found 85 percent of respondents agreed or strongly agreed that the Otis report is a critical resource for tracking California’s creative economy. | Image courtesy of the 2022 Otis College Report on the Creative Economy 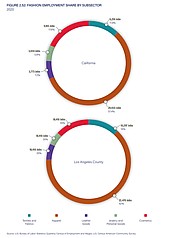 Otis College of Art and Design in collaboration with economic-research and planning firm CVL Economics has released the “2022 Otis College Report on the Creative Economy,” which shows jobs in California’s creative industries have bounced back in a big way after initial numbers during the pandemic showed creative industries being hit among the hardest. Now in its 15th year being published, a survey of readers found 85 percent of respondents agreed or strongly agreed that the report is a critical resource for tracking California’s creative economy.

The report covers five creative industries: entertainment and digital media, fine and performing arts, architecture and related services, creative goods and products, and the fashion industry. Employment in those industries has dropped 85 percent since 2007 in Los Angeles County while California employment grew 15 percent, down from 22 percent in 2019.

The report pointed to a number of macroeconomic conditions that had a profound effect on California’s creative economy. Many sectors were affected by the recession during the second quarter of 2020, and the high price of inflation has continued to be a problem, although it doesn’t affect all industries and households evenly. Supply-chain issues continue to plague the economy, driving inflation and mainly disrupting the creative goods and products of the creative economy, with the composition of the labor force having changed considerably due to the economic shutdown.

At $358.9 billion, the creative economy in California collectively accounted for 11.8 percent of the state’s total Gross Regional Product. Overall, wages for jobs in the creative industry in California more than doubled between 2007 and 2020, from nearly $76,000 to $158,000, compared to the 53.7 percent increase in wages across the overall economy. In Los Angeles County, creative economy wages increased 64.7 percent compared to 41.7 percent overall.

The fashion industry made up 2.8 percent of California’s GRP. The industry has continued to lag in both California and Los Angeles County, mainly due to the long-term decline of manufacturing in the United States. Employment initially stabilized after losing a number of employees due to the Great Recession but began dropping again in 2014.

The industry employed 52,000 workers in 2020 and saw a contraction in jobs of 14.4 percent from the previous year due to the pandemic. In the report, the fashion industry is separated into five subsectors: textiles and fabrics, apparel, leather goods, jewelry, and personal goods and cosmetics. Of the five, the apparel subsector holds the largest share of fashion jobs and accounts for over three times the employment of cosmetics, the second largest subsector.

The apparel subsector lost jobs at a steady rate between 2007 and 2020 with a statewide contraction of 22 percent after the pandemic. Most of the job losses were among salaried employees and not self-employed workers, amounting to roughly 450 statewide across the entire fashion industry and changing the makeup of the workforce. Between 2007 and 2020, the rate of self-employed workers in the fashion sector in California nearly doubled from 6.1 percent to 11.7 percent and more than doubled in Los Angeles County from 3.6 percent to 7.9 percent.

The leather goods subsector, mainly due to its standing as a smaller segment, showed the most resilience in regard to salaried employees. Wages also increased between 2007 and 2020 by 65 percent in California and just over 40 percent in Los Angeles County.

Workers in the fashion sector tend to be female compared to workers throughout the entire creative economy. The jewelry and personal goods subsector serves as an outlier with 63 percent of workers identifying as male. The fashion sector displays a greater racial diversity than the general labor force in both Los Angeles County and California; however, Black employees are still underrepresented.

The report also highlighted innovations and technologies, specifically secondhand and resale platforms that capitalized on the shift toward e-commerce during the pandemic and how companies such as Poshmark, DePop and thredUP have converted advertised goods into purchases. Also noted were the alternate, augmented and virtual-reality technologies that have changed the way consumers shop, whether online or in person.