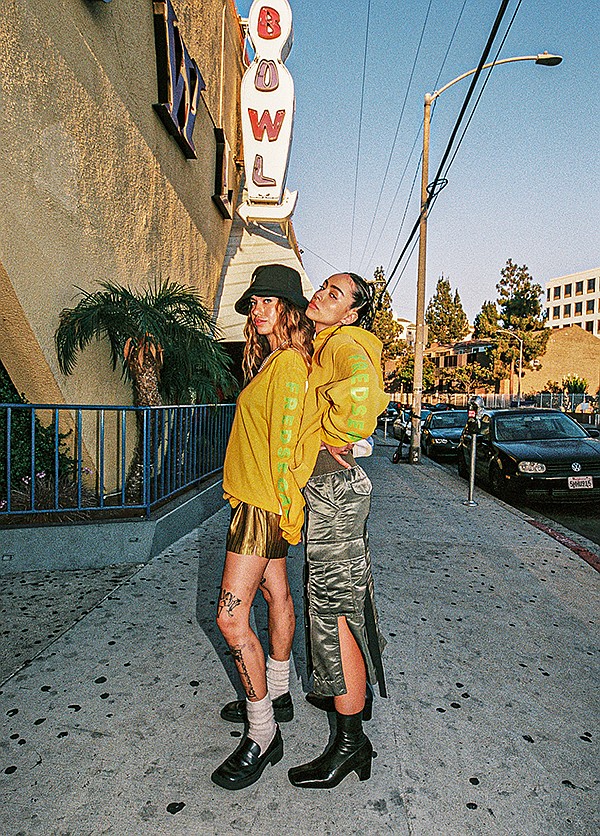 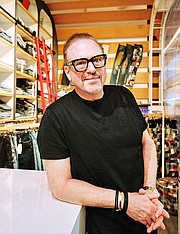 But it was only this month that the iconic retailer unveiled its first private-label collection, entitled The Neighborhoods. The collection coincides with the opening of a new retail store on Sept. 20 at The Shops at Sportsmen’s Lodge in Studio City, Calif. These developments are just the beginning for new owner Jeff Lotman, who acquired the company three years ago despite no background in either retail or high fashion. The California Apparel News caught up with the 61-year-old to discuss the new collection and how it fits into his bigger vision for the Fred Segal brand.

CAN: What made you want to own Fred Segal?

Jeff Lotman: For 25 years I’ve run a brand-licensing agency called Global Icons, which has clients like Lambor-​ghini and Triumph Motorcycles and offices in Europe and Hong Kong, and I felt like I was spending all my time elevating other people’s brands. There are certain qualities you look for, and Fred Segal is a place where you go to discover the coolest brands. It had much more global awareness than I expected, and it didn’t have any drama. A lot of brands end up doing things that are just wrong, like selling in a distribution channel such as Walmart, and when a brand gets tarnished it’s hard to bring it back. None of this had been done. These were all great things you could really build upon. I happened to meet a friend of the previous owners when they were ready to get out, and I was able to buy it.

CAN: You bought one of the most trendsetting retailers in the world, located in the heart of the global celebrity capital. It must have felt like the team was speaking another language, and you really had to trust them.

JL: I’d never even heard of these brands, so yes I’ve really had to trust people. But you can’t do everything; you always want to delegate. You hire smart people and then get out of the way. We have one buyer who’s still there from before and have gone through a couple of creative directors, and Alfredo Settemio, who designed The Neighborhoods collection, is the one we’re leaning very strongly on.

CAN: This is a big change from licensing.

JL: Yes. I was only in the apparel industry tangentially. Before I bought Fred Segal, I was already setting up licensing deals in Japan, Canada and the Middle East, and then the pandemic tore it all apart so I had to focus on becoming a retailer. It’s been interesting, enlightening and challenging, to say the least. Now that it looks like we’re through the other side, things are really going great. We opened in Malibu during the pandemic, and it’s been profitable since day one. We have a new store opening in Studio City this month and a store coming on the East Coast. We have a licensed store in Korea that’s doing so well they’re opening up two more stores. 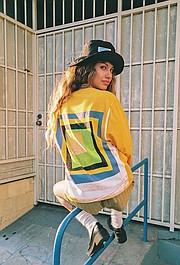 CAN: Tell us about the new private-label collection.

JL: One of the things I really wanted to grow was the Fred Segal brand itself, which has tremendous value but had never really been a true brand. And we’re not a Southern California brand, we’re an L.A. brand, so this had to be made in Los Angeles. There used to be a much greater manufacturing industry, but we’re still able to get our organic and recycled cotton spun here in L.A. and then cut, sewn, dyed, washed and finished here by Asher Fabrics.

CAN: Fred Segal is an exclusive shop, visited by celebrities and not inexpensive, but this collection is casual, and the marketing images are very much the “street” side of L.A.—not Bel Air or Malibu. Is this an attempt to court more of a mass market?

JL: The logoed hoodies are aimed to be more accessible, but at the same time the products are priced from $150 to $390, so not mass market but premium. Pricing was a big deal, and so we looked at what similar items are priced at in our store, and that’s how we realized that this is a price point we feel very comfortable with. As for the marketing images, because we’re an L.A. brand, we really wanted to shoot around Los Angeles and to be young and trendy. We could’ve gone older, but we went purposefully younger, and we didn’t want it to be glamour and a luxury thing. 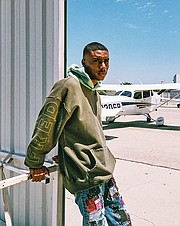 CAN: And yet the entry point isn’t cheap.

JL: It’s not inexpensive, there’s no two ways about it, but it’s also not completely inaccessible. It’s who we want to be and who we are.

CAN: What are your plans for private label, and what will its role be in relation to the other brands you carry?

JL: I don’t think it will ever be everything we carry, but if it got to 50 percent that would be just a huge number, because we’ve got roughly 150 brands in our store. We’re a curatorial store, so it’s important that we have really cool items. We may have a store focused only on Fred Segal goods, but the bulk of our stores will be multi-brand stores. It’s really who we are.