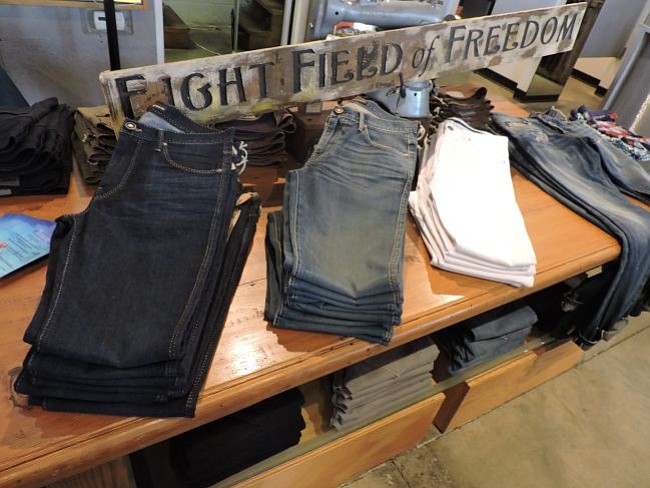 Meanwhile, at the LASC boutique, we saw a display for Eight Field of Freedom,a new premium denim line.