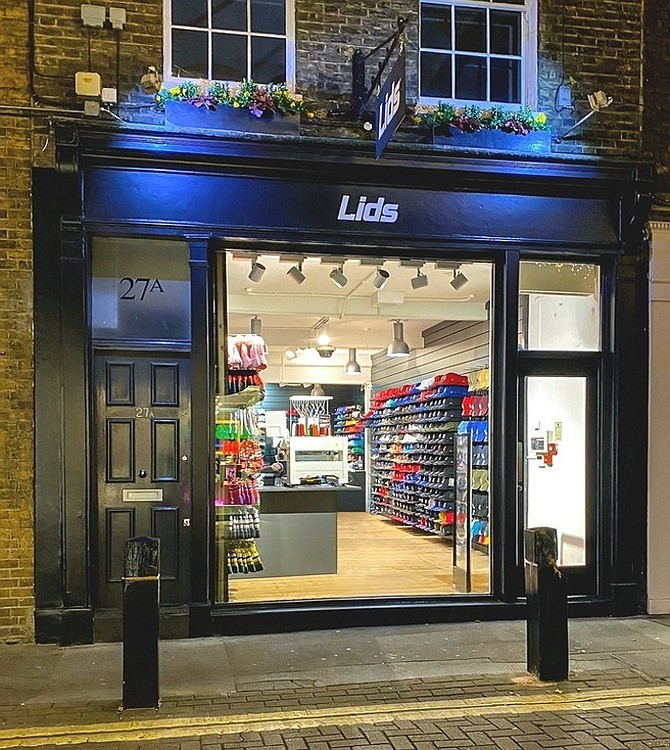 Sports retailer Lids has announced the opening of its first standalone stores in Europe. Four stores will open in December around the London Metropolitan area, including the Seven Dials location which is now open.
Image: Lids