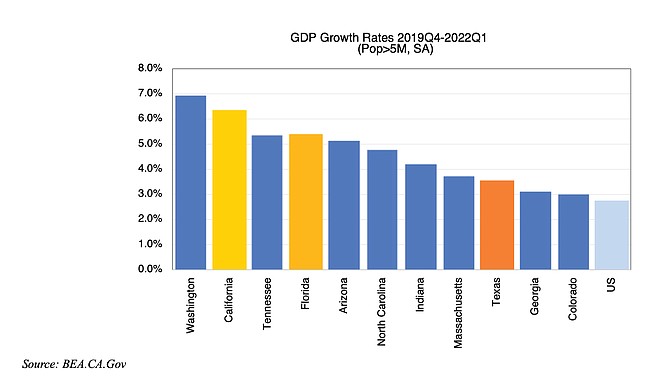 California may face the perennial threat of earthquake, but for now there’s no immediate danger of recession, according to a new report by the UCLA Anderson Forecast, one of the nation’s most closely watched and widely cited reports about the state of the U.S. economy.