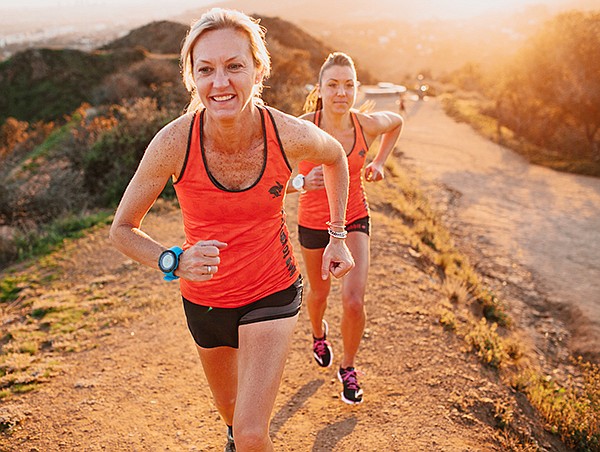 Apparel Made for Runners, By Runners, at Rabbit 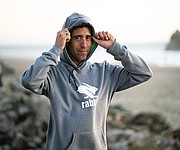 During the move toward more athleisure-focused collections, many apparel brands have sacrificed technical features in favor of comfortable styling.

When avid runners Monica DeVreese and Jill Deering came together to create Rabbit, their single goal was to create running apparel focused on allowing passionate athletes to train and perform without worrying about what they are wearing.

“Things were overdesigned and there were running-specific problems,” DeVreese explained. “We’re moving into this athleisure trend that was, and is, still happening. It’s obviously very relevant, but runners are very picky and finicky.”

After moving to Santa Barbara, Calif., eight years ago, avid runner Deering became a customer of Santa Barbara Running, the local runner’s retail shop, which DeVreese owns with her husband, Joe. Deering was one of the DeVreeses’ many customers yearning for apparel that fit properly, didn’t chafe and accommodated the type of movement that would maximize performance.

“First and foremost, it was about fit but also fabric,” DeVreese said. “For us, it’s this idea that everything is really light. ‘Everything you need, nothing you don’t’ is the tag­line we use. It’s not over the top, just this idea of going back to basics.”

Not only did Deering voice her concerns, but the attorney also suggested partnering with DeVreese on a venture to create the clothing they wanted. With DeVreese’s nearly 15 years in branding with companies such as Adidas and Deckers Outdoor Corporation, the pair launched a Kickstarter campaign at the end of 2015 and started shipping Rabbit in 2016. From an approximately 3,000-square-foot office and warehouse space in Santa Barbara, Rabbit relies on 10 employees to perform daily operations including fulfillment.

“The options were clothes that have been around for a long time and haven’t been updated,” Deering said. “We wanted to modernize older running apparel but make it very functional and specific for running.”

These updates included shorts designed with multiple pockets for keys, credit cards, identification, and energy gels and snacks important to fuel runners. They also included a few things that have the comfortable appeal of popular athleisure but remain dedicated to a specific community of athletes.

“One of the No. 1 pieces of feedback we get on our clothing is, ‘Wow! I feel like I don’t have anything on when I am running,’ which is exactly what you want,” DeVreese said. “The last thing that you want to worry about when running is something rubbing, chafing, riding up or pressing too tight.”

Rabbit is manufactured at a Los Angeles factory that specializes in producing athletic apparel for major brands. The women wanted to partner with a manufacturer in a California region close enough to forge a strong connection with the people who make their apparel.

“It was important to see with our own eyes the condition of the factory, the people who are working there, the way they are doing it and talk with them in person so we know that the product we’re producing is done in a way that we are really proud of,” Deering explained. “We know the people. We know their stories and we know about their families. That’s really special.”

While many of the pieces are made using a blend of polyester and spandex, the company incorporates Tencel into some of its designs, such as the men’s EZ-tee RabbitKnit T-shirt, in addition to the women’s Tape Breaker and Freedom tank tops. Rabbit shorts are made from the polyester-and-spandex blend, but the lining is created using Tencel.

A new Rabbit Trail collection will launch at retailers and trail-race events in mid-March 2019. It will feature multiple pockets, including one Trash Pocket. With the launch, Rabbit will promote an environmental initiative called “Stash That Trash,” which will coincide with Earth Day on April 22 and challenges every runner to pick up one piece of garbage during his or her run.

Choosing a mid-April 2019 launch for the new Freedom collection of women’s shorts, Deering and DeVreese are focusing on creating lighter clothing. Pieces are based upon a design providing a loose fit through the hips and leg opening and relying on a four-way stretch woven with a perforated panel to decrease weight, which increases breathability. This collection will be the brand’s first short design to include Tencel in the waistband.

Rallying behind the Rabbits

At Rabbit, there is more than a focus on runners clothing. Deering and DeVreese wanted to contribute to, and fortify, the running community.

The brand works for runners at different levels, grouped by ability: RADrabbits (Runners And Dreamers), who are amateurs; Rabbit Elite and Rabbit Elite Trail, for accomplished athletes who are not professionals; and rabbitPros for those who compete professionally. At every level, these athletes represent the brand on social media and during races around the globe.

Often selling out of Rabbit’s pieces, Healdsburg Running Co. founder Skip Brand chooses to carry the brand at his 4-year-old Healdsburg, Calif., store because it provides solutions for running enthusiasts.

“It’s quite unique as it is able to perform at a high level but at the same time has that buttery, soft appeal as well. I think it’s a credit to them listening to many of their athletes—between their elites and ambassadors,” he said. “The founders walk their talk—they race. It’s refreshing to work with people who get you.”

From its apparel production to its brand name, Rabbit wants to make a difference through helping other runners reach their maximum potential.

“A rabbit is the pacesetter in a race,” Deering said, explaining the origin of the brand’s name. “They are sacrificing their race to help others achieve their goals. That is the heart and soul of the community we are building and what it’s about.”

Offering tailored fits, Rabbit pieces are sold in women’s XS to L with a few designs available in XL. Men’s styles can be found in S to XL, but a few pieces are manufactured in XS. Available online at www.runinrabbit.com and at select retailers, Rabbit wholesales from $21 to $80.