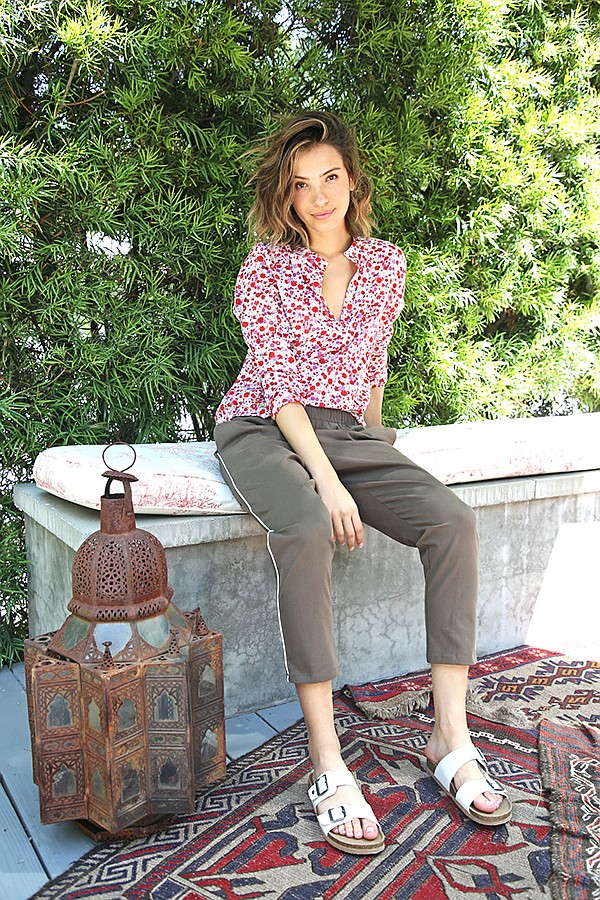 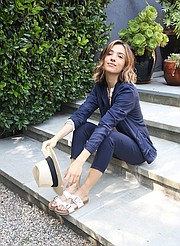 “The line has been two different things. There are JET John Eshaya T-shirts, sweatshirts, burnout sweatshirts and anything you wear on weekends. I also started producing more sportswear pieces. Not super dressy—it’s the stuff that you wear to lunch,” he said. “But I noticed buyers were getting confused.”

Showing the tees and the sportswear together in showrooms never seemed to work. As more retailers preferred separate sportswear and T-shirt lines, Eshaya decided that he would split up the collections. He will continue making the JET John Eshaya label—which also includes jeans, outerwear and some looks for men. Eshaya is going to introduce the new John Eshaya line of sportswear at the Coterie trade show, which is scheduled to run Sept. 15–17 in New York City.

This new line will feature an expanded palette of sportswear offerings and also include pants, knits and dresses. 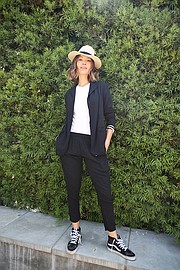 “The proportions are going to be different. They are bigger, longer, fuller,” he said. “There will be a lot more dresses for Spring. Pants will be more cropped. The tops are boxier shaped. Nothing is tight or clingy.”

Gabrielle Zuccaro, founder of Los Angeles boutique Bleu, has carried JET John Eshaya for three years. Every category of JET John Eshaya, from outerwear to denim, has been popular in her shop.

“John does his own thing,” Zuccaro said. “He’s made his own niche in the market. It’s casual yet edgy. There’s a sophisticated edge to his styles. A 60-year-old woman can wear them. She can look edgy but not appear like she’s trying to look young. A 16-year-old can wear his styles and not look like she is wearing her mom’s jeans. John’s bridged a gap.”

Similar to JET John Eshaya, the John Eshaya line will be produced in the designer’s studio, which employs approximately 15 people in Los Angeles’ Echo Park section. John Eshaya–brand clothing will be constructed from more-sustainable fabrics including linen, cotton gauze and twill. These materials will be different from the cotton-poly shirts that John Eshaya workers use to make T-shirts with burnout treatments. 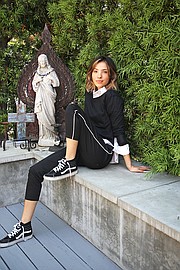 “My website will never fight with retailers. It’s one of the biggest problems with retail,” he said of the current fashion landscape. “I’d rather have people go to stores. Stores are such an amazing experience.”

In the Los Angeles area, JET John Eshaya has been sold at boutiques such as Emphatic and Kitson, but he estimated that 70 percent of his sales come from the New York area.

Starting his career in retail, Eshaya was a salesman at the pioneering boutique compound Fred Segal Melrose in the 1980s. By 1990 he had worked his way up to become the women’s creative director and buyer for the Fred Segal retailer Ron Herman. 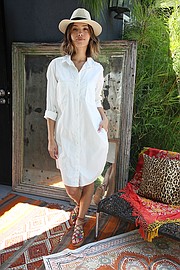 In 2008, he ended his Ron Herman career and developed his own JET John Eshaya shop at the now-defunct Fred Segal Santa Monica. In 2014, he opened a standalone JET John Eshaya boutique in West Hollywood, Calif. Along with JET John Eshaya fashions, the shop sold surfboards, flowers, art, vintage handbags and jewelry, but he closed that shop in 2015 because the rent was too high.

“You’re stressed out trying to make the rent. You’re not enjoying it anymore,” he said of the 18 months of running the West Hollywood store. He moved the shop to Westfield Topanga & The Village, located in Los Angeles’ Canoga Park section, but closed that boutique in 2016 to focus on manufacturing.

Eshaya has generally been considered a pioneer of the California look, but he said that he was never sure how to define that style.

“Maybe it’s casual, easy and less dressy. I have no idea,” he said. “What’s influencing me now are the Silver Lake girls,” he said about Los Angeles’ stylish Silver Lake district. “They have tiny tees and wide pants. It’s a non-put-together look. It’s a bit granola but chic.” 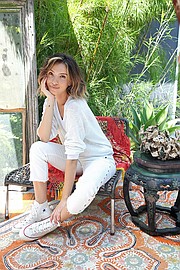