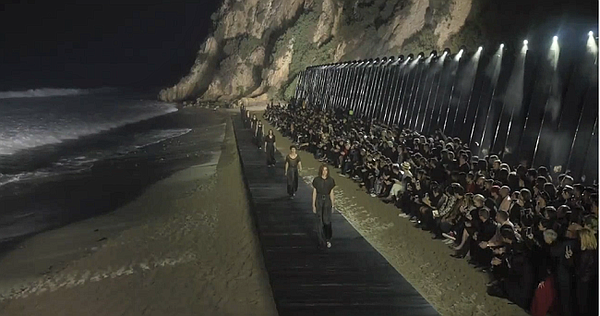 Saint Laurent's Men's Spring/Summer 2020 show was set in the sand at Malibu's Paradise Cove, as waves crashed up toward the dark-wood-plank boardwalk-style runway laid along the surf. Guests including Miley Cyrus, Liam Hemsworth, Luka Sabbat and Keanu Reeves—face of the brand's Fall/Winter 2019 men's collection—saw the latest pieces from the French fashion house during the event.

The show featured androgynous designs that exuded bohemian rock 'n' roll style from the 1970s. During the days and hours preceding the event, Creative Director Anthony Vaccarello hinted at his inspiration from Mick Jagger, with Instagram posts featuring decades-old photographs of the The Rolling Stones' frontman. This dark night on the sand perfectly set the scene for early mornings that followed rock-star evenings of the bygone era.

While a lot of black was used for this season's pieces, garments were softened with shimmery accents, velvety texture and pops of purple, blue, red and bright white. 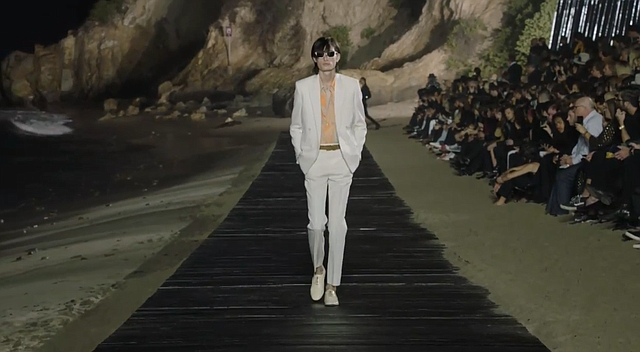 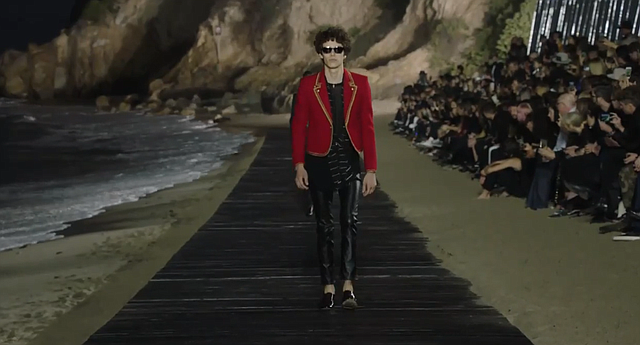 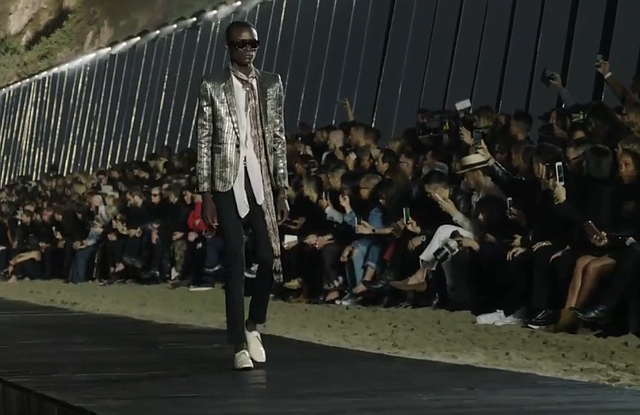 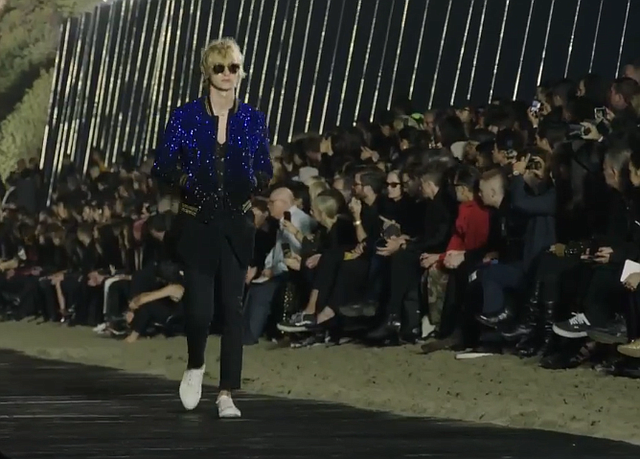 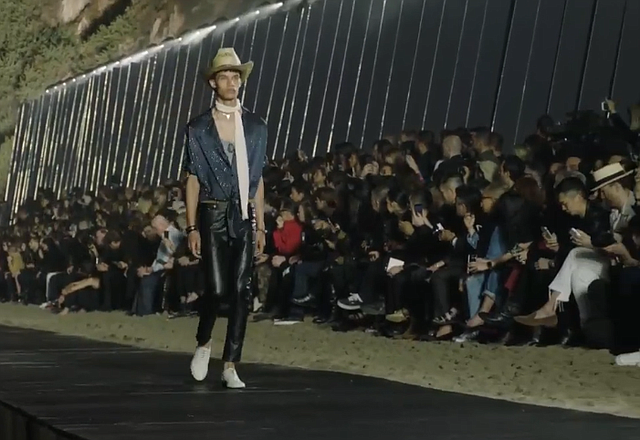 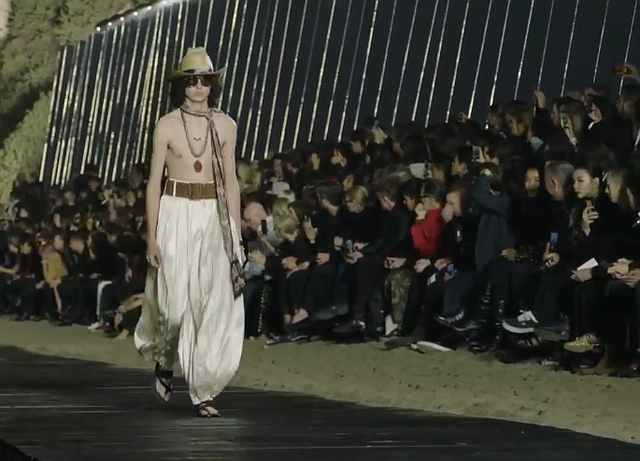 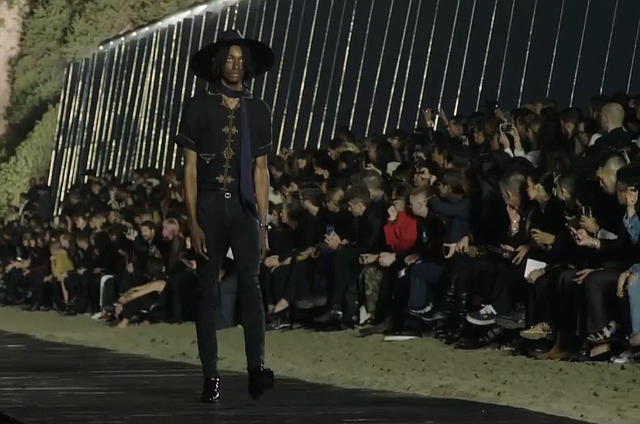